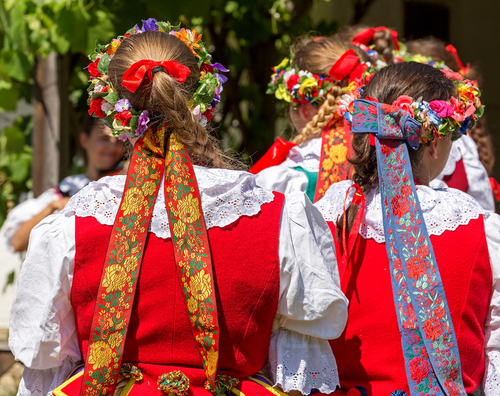 An interesting reflection on the untranslatability of what makes us unique as a nation, a society and a culture, by acclaimed Polish author and translator Michał Rusinek

Michał Rusinek is a Polish lecturer in literary theory, rhetoric, and creative writing at the Jagiellonian University in Kraków as well as the translator of many books for children and adults. He writes essays, limericks, short stories, radio plays, television scripts, and song lyrics. He was secretary to the 1996 Polish Nobel Laureate in Literature Wisława Szymborska and runs the literary foundation named for her. In a recent article for World Literature Today titled “Lost and Found in Translation: Storytelling and the Untranslatable” Rusinek says that as a translator he likes turning English words into Polish words, sentences into sentences, and is satisfied only when he has a feeling that there are no signs that the sentence he translated used to be an English sentence once. But, he adds, he has also learned to be aware of the “rest that stays,” of what he is not able to translate. What is the rest? His theory is that what makes us unique — as a nation, as a society, and especially as a culture — is untranslatable and gets inevitably lost in translation. “Identity is what stays on the desktops of translators, when they finish the work.” So what is the translator to do? “We should not only interpret texts and present them in a different language, he says. “It is too risky, because then it is very easy to lose what is really important: our cultural identity”. So instead of a “totalizing interpretation”, he suggests a dialogical one, one that opens a discussion, not closes it definitively. “I believe we translators have a right to tell stories (…). We have to leave space for a story, an anecdote, a metaphorical footnote, that will show our professional sincerity and a will to save the untranslatable and not pretend we can translate everything. The paradox is that the more we lose (as translators), the more is found. We lose to find — to find a key to keep our cultures alive”. An interesting take in an age-old debate.

The untraslatability of cultural and national topoi

Topoi are themes that appear and reappear in any culture, in the form of sentences, motives, images, says Rusinek. There are so-called universal topoi, based on archetypes, generally speaking images common to all mankind, having more or less the same meaning (mother, road, home, fire, water, forest, garden) and thus being almost fully translatable. Well, almost fully, Rusinek points out: a  home, as a place, is an empty sign for nomadic peoples and it also means something different in Europe and in the US. There are also so-called cultural topoi, understood within a culture, like the Achilles heel, or the Christian cross, or the biblical Ark of the Covenant. They are fully translatable within the culture; outside of it they need footnotes. And then there are the national topoi. For example, says Rusenik, non-Poles would not know the expression “two naked swords”, which refers to a historical challenge in a medieval battle, or understand that the word “fence” in Poland has a extra meaning, as an allusion to Lech Wałęsa, who jumped over a fence in the Gdansk shipyard to start the Solidarność movement in 1980. Such topoi, he says, can also only be understood within a culture. They are absolutely “private”, and they also have a tendency to change over time. From time to time a new one appears too.

Reclaiming the right of translators to tell stories

As a translator, says Rusinek, he cannot get rid of the rhetorical layer of language, but cannot translate it either. “What can I do then?” he asks. He says he would not try to find an equivalent if he had an opportunity to describe and tell a story. So, his advice is to translate descriptively. “If we come across something that does not have a clear synonym, describe it. Tell a story”. When Lech Wałęsa, the Polish ex-president and leader of Solidarity, was in Japan, he gave a speech where he compared communists to a radish — a vegetable very popular in Poland. “Communists are like radishes,” he said, “red outside, white inside.” His interpreter realized that Japan only has white radishes, and translated the sentence as: “Communists are like shrimps: red outside, white inside.” The story about Wałęsa and the shrimps becomes interesting, Rusinek says, when you decide to tell it, describe it. It shows cultural differences. It shows that what is important is untranslatable. But being untranslatable does not mean it cannot exist in a different language or culture. It can. Not as a synonym but as a story, as a narrative”.

See also our other articles about literary translation

How far should we modernise language in literary translation? The case of the epic poem Beowulf

Literary translation as a form of “shared authorship”