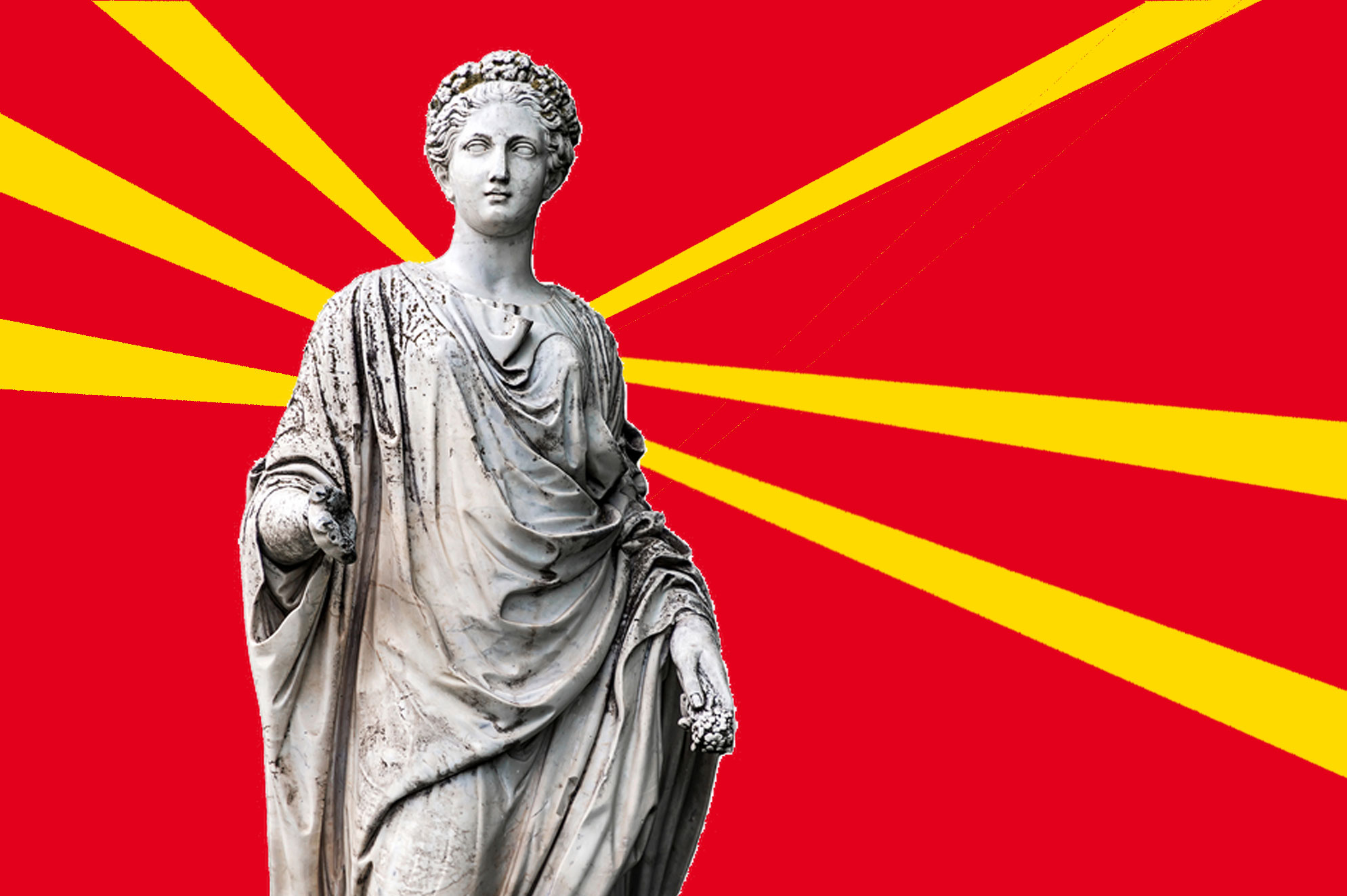 In Emily Wilson’s translations of the classics the Greek goddess Demeter has “cornrows in her hair”, Achilles is described as a “superhero”, and Odysseus, when disguised as an old, homeless man, carries a “tote bag”…(1) Wilson’s innovative approach to the translation of Homer’s Odyssey won her international acclaim when it came out in in 2017. Although there are over 60 translations of the Odyssey in English, hers is the first by a woman. What also sets Wilson’s translation apart is that it is written in iambic pentameter, whereas many other scholars have translated it into an English that is not metrical. At the recent edition of Yale University’s “Mark Strand Memorial Reading” (2) Wilson talked about her in-progress translations of Homer’s Iliad, and Sophocles’ Oedipus Tyrannus. She took the occasion to discuss gender and ethnicity issues and the risk of projecting modern biases back onto antiquity, as well as the use of contemporary language and the value of retranslations.

While working on the Odyssey Wilson says she wasn’t looking at other translations, so she didn’t really know whether the text she was creating was different from those previously created by men. “It was only at the end, once I was done with my version”, she says, “that I realized that there were some significant differences that do had to do with gender”. In her work Wilson says she stripped away “layers of masculine readings” to restore a less judgmental version Wilson says there was nothing in Homer to correspond to the “modern pseudo-moral judgments” of previous translations (see some telling examples below at footnote 3)

What of ethnicity? In her version of the Odyssey — in Book 5 — Wilson describes the Greek goddess of the harvest and agriculture Demeter as having “cornrows” in her hair. When asked about this during the Yale webinar Wilson replied that “it’s great if the reader can be reminded not to think of a goddess as necessarily white. Whiteness is a modern construct. If the reader does go there, I hope that it will be a productive journey to unpick potential assumptions about race and ethnicity in the ancient world and not project whiteness back onto this poem.”

Use of contemporary language

Wilson also explained that, in her ongoing work on the Iliad, she is contemplating using the word “superhero” to describe the protagonist, Achilles. In her previous work on the Odyssey, Telemachus, Odysseus’s son, is offered “canapés”, Penelope’s suitors cook “kebabs”, the goddess Athina addresses Odysseus as “Mr Foreigner”, and the nymph Calypso calls him a “scalawag.” Odysseus is also called a nasty “hobo” by Eurymachus, Telemachus a “stuck-up” little “show-off” by Antinous, and the suitors from Delichium “top-notch” fighters … As Wilson specifies in the introduction to the book, “My Homer does not speak to your grandparents’ English, since that language is no closer to the wine-dark sea than your own”. (4) She says she has tried to keep a register that is “recognizably speakable and readable” while skirting between “the Charybdis of artifice and the Scylla of slang”.

Wilson’s Odyssey invites a reflection on the opposition between “archaizing” and “modernizing” a text in literary translation. Whereas archaizing highlights the historicity of the text by using non-modern language, modernizing highlights the modern-day relevance of the text by using modern language (i.e. language perceived as contemporary to the time of translating). The debate around this is long-standing and there can be varying degrees of both.

According to Wilson all modern translation of ancient texts exist in a time, a place, and a language that are entirely alien from those of the original. “All modern translations are equally modern”, she says. The question facing translators and their readers is whether to try to disguise this fact, through stylistic tricks such as archaism and an elevated, artificially ‘literary’ register, or to underline it, and thereby encourage readers to be aware that the text exists in two different temporal and spatial moments at once.”

What justifies a retranslation anyway?

French translator Josée Kamoun says retranslating the classics does not consist in rejuvenating translations made obsolete by changing customs. “Beyond the changes in mentality, what makes the retranslation interesting is the possibility of revealing – in the photographic sense of the term – elements of the book that were previously invisible. It is through the desire to open up new perspectives on the original work and to multiply its ramifications that a retranslation is justified”. Kamoun has worked on some of the biggest names in Anglo-Saxon literature, including Jack Kerouac, Philip Roth and Virginia Woolf, and her recent retranslation of Orwell’s novel 1984, for the publisher Gallimard, is the first since the 1950’s. The book’s publication was considered an important literary event in France, but some of her bold, modern, linguistic choices have sparked controversy. Kamoun says that her version of 1984 has brought an “elegiac dimension” to the novel which had never been highlighted before. (5) Wilson’s view is that “as our culture changes, we can see different things in looking at these very alien cultures in ancient Greece and ancient Rome.”

Wilson’s Odyssey has no doubt provided a new perspective on Homer’s poem, starting with the language. The notion that Homeric epic must be rendered in grand, ornate, rhetorically elvated English has been with us since Alexander Pope in the 18th century, she says. But Homer’s language in not difficult, or ostentatious. Her own language in Odyssey is largely simple, not to make Homer sound “primitive”, she adds, but to mark the fact that “stylistic pomposity is entirely un-homeric”. She says she has also tried “to avoid importing contemporary types of sexism into the poem, instead shining a light on the particular forms of sexism that patriarchy that do exist in the text, which are only partly familiar from our world”. As Annalisa Quinn, writing for NPR says, “Wilson’s project is basically a progressive one: to scrape away all the centuries of verbal and ideological buildup — the Christianizing (Homer predates Christianity), the nostalgia, the added sexism (the epics are sexist enough as they are), and the Victorian euphemisms — to reveal something fresh and clean”. The Guardian’s chief culture writer, Charlotte Higgins, says Wilson’s version of Homer’s work is a “cultural landmark”, and that “it will change our understanding of it for ever”.

Emily Rose Caroline Wilson (born 1971) is a British classicist and the College for Women Class of 1963 Term Professor in the Humanities at the University of Pennsylvania. She is the author of five books and in 2017 became the first woman to publish a translation of Homer’s Odyssey into English. Her Odyssey was named by The New York Times as one of its 100 notable books of 2018. She has recently made a donation to a Penn University fellowship to support tuition for students from groups underrepresented in classical studies. See https://www.emilyrcwilson.com/the-odyssey

3) Some examples: Wilson’s Telemachus says that the slave women “lay beside the suitors.” In previous translations the slaves had been called “sluts” or “whores.” Wilson also says she doesn’t make the goddess Calypso seem ridiculous, whereas most male translators present her as a laughable, hysterical, absurd, nymph. “The Greek doesn’t do this, and nor do I”. A line in the poem about Helen of Troy was translated by one (male) translator as the “shameless whore that I was”, and by another as the “bitch that I was”. The Greek word was actually kunopis, a rare word literally meaning dog-face, or dog-eye. Wilson has translated it as “hounded”.

4) The seais described as “wine dark” in eight different instances in the book.

5) One reviewer says she wonders “if Ms Kamoun feels the world needs a 1984 that the Snapchat generation can read without breaking into a sweat”.

See also our other articles on this topic

“Does the translator’s gender influence the interpretation of a text? What happens when women translate classics?”

“Constance Garnett, the great Russian classics, and the problem of era-specific translation”

“New English version of Camus’ “The Plague” during Covid-19: how historical context can affect translation”

Visuals Graphic elaboration by Graphillus/Milan, on a photo from Shutterstock