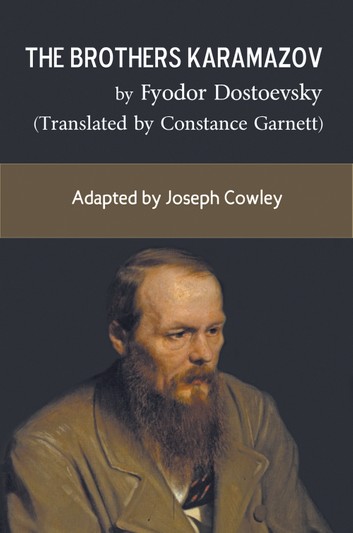 Constance Garnett, the great Russian classics, and the problem of era-specific translation

“It is sometimes said that in order to convey atmosphere a translation must be redone for each generation”. Is this really the case? asks author and journalist Sara Wheeler in a recent article for Literary Hub. (1) Wheeler takes the example of works by translator Constance Garnett (1861-1946) , “the woman who brought Dostoevsky and Chekhov to English readers” (2) and of Louise and Aylmer Maude (Garnett’s contemporaries and her only “rivals” for Tolstoy translations), and compares them with later English versions by others, including Richard Pevear and Larissa Volokhonsky. Garnett translated over 70 volumes from Russian, including works by Dostoyevsky, Tolstoy, Chekhov, Turgenev and Goncharov. Her work has been both praised and criticized – see below at (3). Louise and Aylmer Maude were not only translators but also wrote a biography of Tolstoy, who was their friend. Pevear, an American poet, and Volokhonsky, his wife, a Russian emigrée, were the subject of “the great Russian-to-English translation punch-up of our time”, in the 1980s.

Take “The Death of Ivan Ilyich”, Wheeler says, and compare the Maudes’ version with that of Pevear and Volokhonsky.

Louise and Aylmer Maude: “At the entrance stood a carriage and two cabs. Leaning against the wall in the hall downstairs near the cloakstand was a coffin-lid covered with cloth of gold, ornamented with gold cord and tassels, that had been polished up with metal powder. Two ladies in black were taking off their fur cloaks“.

Peaver and Volokhonsky: “At the entrance to Ivan Ilyich’s apartments stood a carriage and two cabs. Downstairs, in the front hall by the coatrack, leaning against the wall, was a silk-brocaded coffin-lid with tassels and freshly polished gold braid. Two ladies in black were taking off their fur coats.”

The “modern” version, says Wheeler, loses the old-fashioned cloakstand in favor of coat-rack, cloth of gold in favor of silk-brocaded, and metal powder goes altogether. “Of course, nobody knows what metal powder is these days, but the mention of it conjures a lost world, one in which parlormaids knelt for hours polishing coffin lids. And while we know what fur coats are, fur cloaks better convey us to Tolstoy’s Russia”. Something is actually “lost” then, in this modern version.

The Pevear and Volokhonsky translations also rely to literally on text, says Wheeler. Despite the fact that they had generally positive reviews and two of them won the PEN prize for translation, in 1991 & 2002, they also had fierce critics and were accused of “glossism”-“the practice of enforcing word-for-word translations of English idioms on Russian prose”. (4) In an article by David Remnik for The New Yorker (5), Volokhonsky is quoted as saying that translation can be compared to restoring a painting: “You can’t overdo it, but you have to be true to the thing.” Ultimately, the real issue is how to define the nature of translation. “Is it fidelity to words on a page? Or fidelity to tone? asks Wheeler. “Both, but the translator must serve the interest of the reader first and foremost, rather than working as a slave for the writer”. An interesting take in this long-standing debate. Garnett took liberties with text and “her flaws were not the figment of a native speaker’s snobbery,” adds Remnik. Notwithstanding, “her work has stood the test of time,” declares Wheeler, who adds that she loves Garnett and her “stuff”. “She had been weaned on the great English Victorian novelists, and she has their ear for language. Equally at home with the playful and the serious, Garnett always seems to strike the right note”.

1) “The Woman Who Brought Dostoevsky and Chekhov to English Readers”, Sara Wheeler, LitHub, November 12, 2019: The article is drawn from “Mud and Stars” by Sara Wheeler. Copyright © 2019 by Sara Wheeler. Sara Wheeler is the author of many works of nonfiction and contributes to a wide range of publications, including The New York Times, The Wall Street Journal, Vanity Fair, and The Daily Telegraph, and broadcasts regularly on BBC Radio. She lives in London.

2) When Garnett took on Chekhov he was barely known outside his own country despite his fame at home, and when she translated Dostoyevsky, during the war years, many Russian intellectuals considered him their greatest novelist, but virtually nobody had heard of him in the English-speaking world.

3) Ernest Hemingway was one of many who admired her. He is quoted in the article as having said “‘I remember how many times I tried to read War and Peace until I got the Constance Garnett translation.” Of her Turgenev translations Joseph Conrad said: “She is in that work what a great musician is to a great composer-with something more, something greater. It is as if the interpreter had looked into the very mind of the Master and had a share in his inspiration.” Vladimir Nabokov was one of her fiercest critics; he dismissed her translations as “dry and flat, and always unbearably demure.”

4) You can sometimes see what the critics mean, Wheeler says. Compare the following lines from Anna Karenina: Garnett: “All his efforts to draw her into open discussion she confronted with a barrier that he could not penetrate, made up of a sort of amused perplexity”; Pevear and Volokhonsky: “To all his attempts at drawing her into an explanation she opposed the impenetrable wall of some cheerful perplexity.”