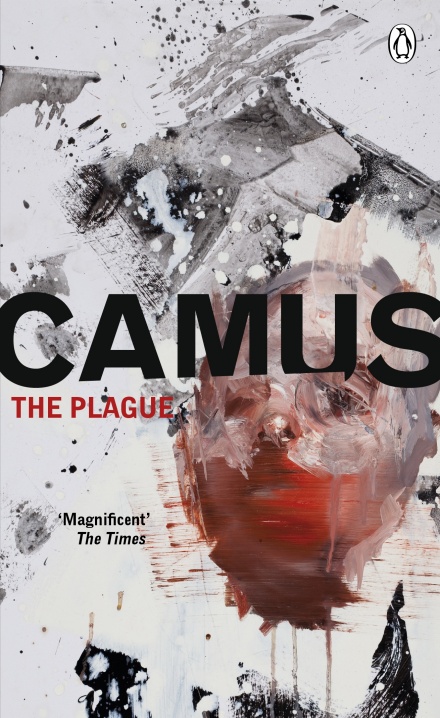 New English version of Camus’ “The Plague” during Covid-19: how historical context can affect translation

Publishers around the world are reporting booming sales of “The Plague” (La Peste), an allegorical tale set in a town at the mercy of an epidemic, written by French Nobel prize writer Albert Camus in 1947. Penguin is rushing through a reprint of its English translation to meet demand, as sales in the last week of February alone were up by 150% on the same period in 2019. Sales of the book have tripled in Italy, putting it in the country’s top 10 bestsellers, and in France, sales peaked at more than 1.600 copies in the last week of January – an increase of around 300% on the previous year. In Japan, in February, the book’s publisher had to print the equivalent of 31 years’ sales in a single month. Laura Marris, a writer, translator and lecturer at the University of Buffalo, USA, never imagined the approaching relevance of “The Plague” when she began working on a new translation of the novel in September 2019 for the Knopf Doubleday Publishing Group. Knopf contacted Marris based on her previous work translating French literature, and hers will be the first version of the novel for an American audience since Stuart Gilbert’s version from 1948. Marris has started her second English draft, which could still be revised, and a firm publication date has not yet been set.

“Navigating” between the novel and the real world

Towards the end of January 2020, Marris began to notice what she calls “a strange echo” between her work and the news: a mysterious virus had appeared in the city of Wuhan… Her role has become more nuanced since then. Marris says that, as she translated, she could sometimes feel a fissure opening between a page and the world, like a curtain lifted from a two-way mirror. “When I looked at the text, I saw the world behind it – the ambulance sirens of Bergamo, the quarantine of Hubei province, the odd disjunction between spring flowers at the market and hospital ships in the news. It was – and is – very difficult to focus, to navigate between each sentence and its real-time double, to find the fuzzy edges where these reflections meet.”

Camus’ novel may not be just about WW II

Gilbert’s translation is something Marris keeps in the back of her mind, of course, but she also considers the context in which he worked, and the environment in which she now finds herself. “When Gilbert worked on his translation, the post-World War II context was deeply embedded in his mind with the idea that the novel is an allegory for the French resistance to Nazi occupation,” she says. She is now looking at the world while translating the novel, wondering what Camus would say about what’s happening today. “There is an opportunity to restore some of the other things that were at stake for Camus”. For example, he was somebody with tuberculosis, “so for him illness was not just a metaphor. He had something personal at stake.”

Camus as an advocate for a more humane world

“Translators move words across borders, we open gates between one language and the next. But it matters what is being transmitted”, says Marris. She believes Camus gives “a moving argument for the value of creating communities and having a shared immunity to the forces of totalitarianism, fascism, oppression, all those forces which on a large scale want to suppress individual communities and create some kind of terrifying cultural homogeny.” She says she hopes that through her translation, “Camus will become one of the voices that advocates for a more humane world when we emerge from this”. The title of her recent article for The New York Times is fittingly titled “Camus’s Inoculation Against Hate”.

As an aside, Marris’ work on “The plague” invites a reflection on the opposition between “archaizing” and “modernizing” a text in literary translation. Whereas archaizing highlights the historicity of the text by using non-modern language, modernizing highlights the modern-day relevance of the text by using modern language (i.e. language perceived as contemporary to the time of translating). On occasion, this may mean introducing modern world content. The debate around this is long-standing and there can be varying degrees of both, ranging from “hyperarchaization” to “violent modernization”. It will be interesting to see how Marris tackles this opposition in her version of the novel.