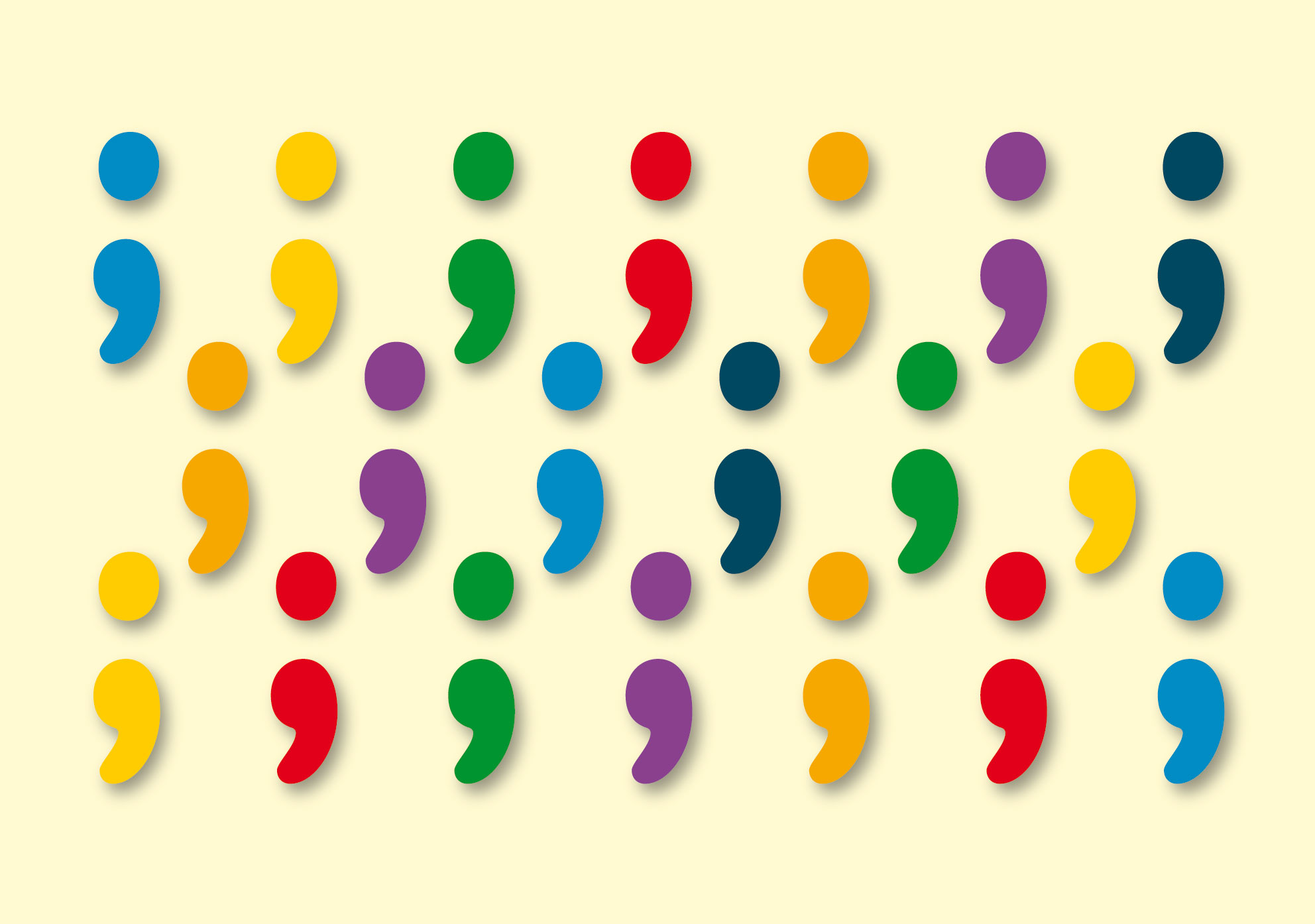 In a delightful recent article for the New York Times American writer Lauren Oyler describes her love of punctuation, which, she laments, “despite its unflagging service to the essential project of communication, is often subject to pointless regimes of austerity”. Of all the punctuation marks, she adds, the semicolon is “the saddest, most unfairly represented victim”. This is partly because the typical advice for writers of all levels is to use them sparingly (“as if there’s a limited supply…”). This only breeds fear, she says, which in turn breeds stigma: semicolons are ugly, confusing, pretentious and unnecessary. This is not at all the case, on the contrary! To start with, semicolons are not ugly, says Oyler, “that’s an opinion”, and, in any case, “why does your text message, email, tweet, article or book need to be pretty? As to allegedly being confusing, all punctuation can be subject to interpretation, she adds. “The seemingly harmless period becomes a knife when it appears at the end of a one-line text message, worsening intergenerational conflict as older people tend not to realize they sound curt to their younger interlocutors”. Semicolons are not pretentious either: they simply do “what it says on the box”: you can use them to separate two independent clauses, two sentences that stand on their own, or to separate items in a series that would not work well with only commas, often because they contain commas. As to the idea that semicolons can “breed fear” this is absurd: you can break the rules; read the work of any great author and you will find idiosyncratic, often technically incorrect, punctuation. Finally, as to being “unnecessary” the fact that semicolons are fully optional gives them power, says Oyler. “When you use one, you are doing something purposefully, by choice, at a time when motivations are vague and intentions often denied. And there are very few opportunities in life to have it both ways; semicolons are the rare instance in which you can; there is absolutely no downside”. A great article and fun read!

A history marked by divisiveness

We are very partial to semicolons ourselves and have written about them for our blog (see links below). It appears that, actually, they have been raising heated debate ever since they first appeared. Academic and writer Florence Hazrat says it was the Venetian printer Aldus Manutius who invented the semicolon for the Italian poet Pietro Bembo’s dialogue De Aetna, in 1494, to allow for “new ways of sophisticated pausing”. Its introduction, however, gave rise to “angry dismissals and offensive expletives”, adds Hazrat. The 20th-century American writer Kurt Vonnegut called them “transvestite hermaphrodites representing absolutely nothing”, and the American author Edward Abbey a “storm of flyshit on the typescript”. Ernest Hemingway, George Orwell and Stephen King are also known to detest them. American Author Mary Norris, in her very entertaining “Confessions of a Comma Queen”, says “punctuation is a deeply conservative club. It hardly ever admits a new member”. Indeed! Norris for her part claims that “there is no mark of punctuation so upper-crust as the semicolon”, and it is thus best used by the British. “I believe it’s a matter of education, and that a classical education will feature a lot of semicolons, perhaps because they are needed to translate Latin and Greek. Americans can do without the semicolon, just as they can give Marmite a pass, with major exceptions: William and Henry James, as internationalists, were brought up on semicolons; Walt Whitman was into really long, ecstatic ones, and the simplest use of the semicolon is as a kind of extra-strength comma to link items that have commas in them.”

The age of online communication has brought about a radical reinvention of punctuation: in “text speak” three dots, or a question without a question mark, a dropped apostrophe, or a full stop (as we have seen in the example given by Oyler), can become loaded with new meaning. Punctuation marks have taken on new shapes too: colons, dashes and brackets have been repurposed as emoticons to try to capture variations of happy and sad. The semicolon, in conjunction with a dash, and a closing bracket, has become a “wink” emoticon 😉

See our other articles on grammar/punctuation

In the era of internet language punctuation is morphing into new shapes, acquiring new tasks, and new meaning

“A very entertaining article about the “Oxford comma”, and why we recommend using it”

“Internet writing: behind the apparent carelessness is a subtly tuned awareness of the full spectrum of the language”

“Confessions of a Comma Queen: “a sharply sparkling grammar guide”

“Because internet. Understanding the new rules of language”

“Is the apostrophe doomed to die? As language and norms evolve the future of this punctuation mark looks bleak”

Lauren Oyler is an American author and critic. Her debut novel, Fake Accounts, was published in February 2021.

“Semicolon: The Past, Present, and Future of a Misunderstood Mark”, Cecelia Watson, Harper Collins Publishers

Cecelia Watson is an American historian and philosopher of science, and a teacher of writing and the humanities. She is currently on Bard College’s Faculty in Language and Thinking.