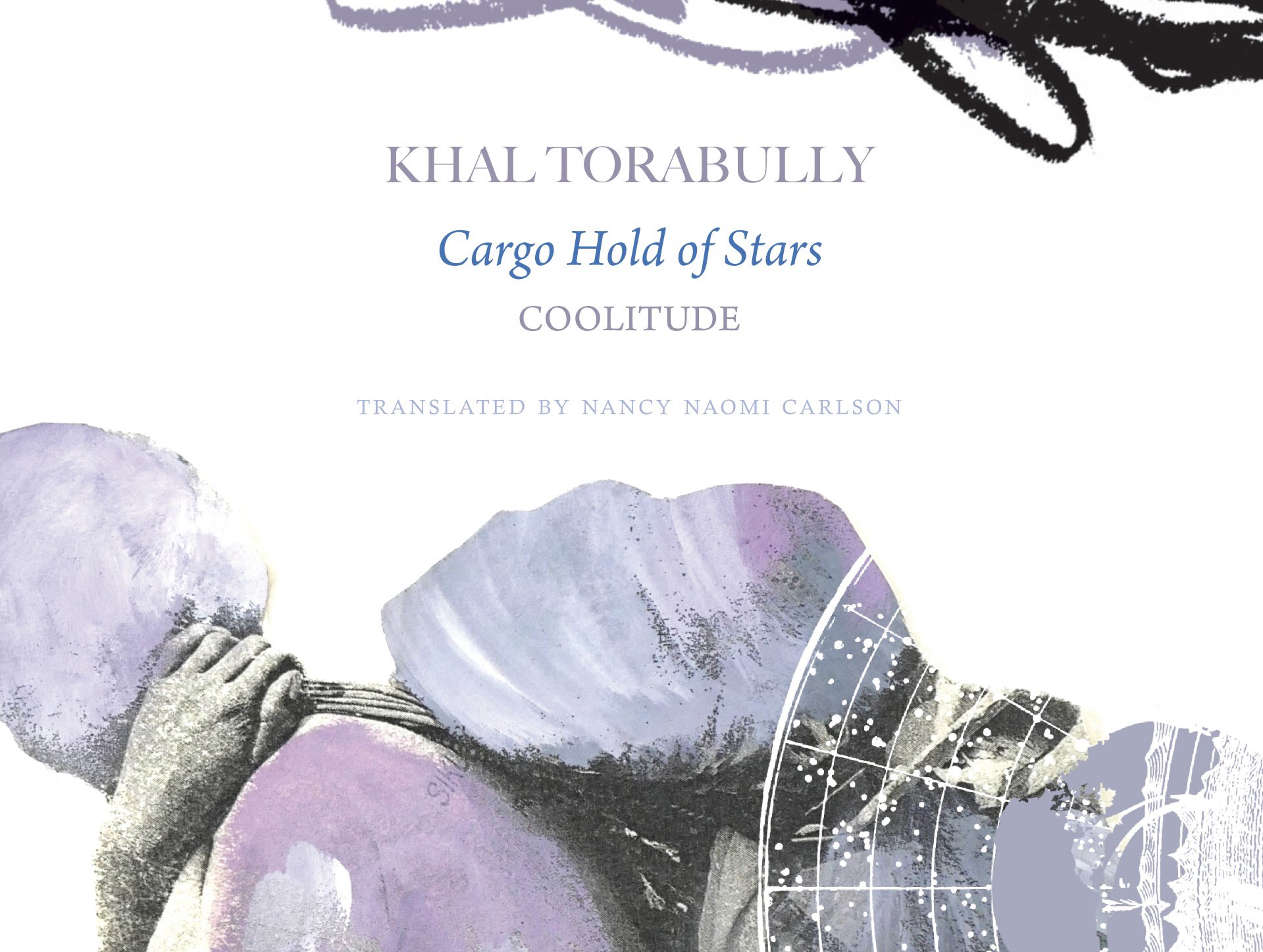 Acclaimed UK poet and translator Nancy Naomi Carlson is the winner of the Oxford-Weidenfeld Translation Prize 2022 for the translation from French to English of Mauritian poet, essayist, and semiologist Khal Torabully‘s book titled “Cale d’étoiles: Coolitude?” (1) Torabully’s work narrates the odyssey of “indentured” labourers across the Atlantic and the Pacific oceans. The “indenture system” (or  “coolie trade”, if the labourers were from Asia) was created around the time of the abolition of the slave trade in the European colonies, in the early 19th century. Under this system Europeans – mainly the English, French, Portuguese, and Dutch – called on free foreign labourers, under contract, in order to meet the labour needs of their colonies. (2)

The title of the book, translated into English as“Cargo Hold of Stars: Coolitude”, references the perilous transoceanic voyages that these men and women took to reach the colonies. “Thrown into the ship’s cargo hold, they had a direct view of the stars, one of the few consolations of the journey”, says Nanci Naomi Carlson in a recent interview for News Nine. She says she saw this translation project as an opportunity to confront the injustice of the indenture system, widely considered a form of disguised slavery. At the time of its first publication, in 1992, Torabully’s book “was welcomed both as a liberating and improbable work, challenging the erased voices of the indentured workers or coolies and pioneering new studies on indenture”.

The Oxford-Weidenfeld Prize is awarded yearly to book-length literary translations into English from any living European language. It aims to “honour the craft of translation” and to “recognise its cultural importance”. Carlson’s win was announced on June 11, 2022, during the celebrations for “Oxford Translation Day”, in Oxford.

Translation as an act of social justice

Carlson says the most important reason behind taking on this translation project was that early on she recognised the importance of Khal’s work, and felt honoured to be a part of bringing it to the attention of an English-speaking audience. She was not familiar with the history of indentured migration but was touched by Torabully’s giving voice to the “tidal wave” of indentured men and women, from mostly India and China, who endured horrible conditions on the sugar cane plantations in the colonies. Their “compelling and often tragic voices” appear as bursts of language on each page, she says. Interspersed with these texts are prose poems that advance the narrative and help the reader make sense of what they are “witnessing”, she adds.

Translating across languages and cultures

From a linguistic point of view Carlson found it challenging to translate what seemed untranslatable across language and culture and it took her all of four years to complete the project. She explains that Torabully, in addition to writing in a new kind of French which he calls a “poetics of coolitude” or “corallian poetics,” mixes in other languages, such as Mauritian Creole, Bengali, Hindi, Bhojpuri, Urdu, old Scandinavian, and old French.

The text includes a glossary for many of the (foreign) words Torabully chose to keep as they were in the text. Carlson did the same, instead of trying to find an equivalent in English, in order to retain “the flavour and distinctiveness” of the original.

It was also challenging to translate Torabully’s French neologisms and “brilliant” wordplay in a way that would not stray too far from the original meaning and achieve a desired sound effect or pun, Carlson says. She ultimately resorted to italicising the original word combination and including a translator’s note in the back of the book.

1) Between 1834 and 1920, approximately 1,500,000 indentured labourers, of whom 85% were from India, were sent to British colonies, one third to Mauritius, one third to the British West Indies, and the rest to Natal. Tens of thousands of Indian workers emigrated to the French colonies of La Réunion, Martinique, Guadeloupe, and French Guiana. 750,000 Chinese left for Malaysia, Sumatra, Cuba, the British West Indies, or La Réunion. Additionally tens of thousands of African workers went to the West Indies, French Guiana, La Réunion, Mauritius or Natal. Those who went to the Indian Ocean came from Mozambique or Zanzibar, and those who went to the Atlantic region were from the Congo and Senegal. Source: Digital Encyclopedia of European History

2) Khal Torabully coined the term “Coolitude” in 1992. It refers to the coolie trade and takes its inspiration from “Négritude”, a literary movement of the 1930-40-50s that was initiated among French-speaking African and Caribbean writers living in Paris as a protest against French colonial rule.

See also our blog articles on