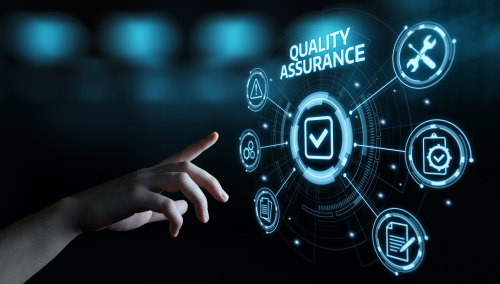 By now, readers of this informative series on good practice in test translation are aware that the Chaos Management Skills Assessment is a fictitious project, which we set up for the exclusive purpose of the series. The purpose is to illustrate the complexity of test translation and the added value of a robust linguistic quality assurance design. This is the 2nd out of 4 consecutive issues in this series, and it covers two interdependent components of the work that occurs before the master version is sent to the translation teams:

Our imaginary Chaos Management Skills Assessment (CMSA) measures competencies in consultants who are routinely called in to help companies in damage control situations. This is the second assessment cycle and, in episode 1, we organised the retrieval of trend items from the previous cycle. Now the test developers have drafted a set of new items. Before the assessment is authored, well before the test translation kicks off, the pre-final draft is submitted to a panel of three experienced linguists from three different target language groups. The CMSA is set to be administered in South-East Asia and in Central and Eastern Europe, so we selected linguists from one Slavonic language (Russian), one South-East Asian language (Korean) and one Turkic language (Azerbaijani).

The translatability assessment consists in having each of our three linguists produce a draft translation of the new questions. This translation will not be used for other purposes than identifying potential hurdles. They are asked to impersonate translators who might be less experienced and to reflect on every translation or adaptation challenge they encounter. The linguists select one of cApStAn’s 14 translatability categories to report the potential issues they identify. For example, one item has a question that reads:

“Within the given context, can you zero in on…
A. the most disruptive factor in this organisation?
B. the most counter-intuitive pattern in this structure?”

Both the Azerbaijani and the Korean linguists raise the point that the broken stem item poses a serious translation problem in their respective target languages, because the verb has to be placed at the end of the sentence. In other terms, the second part of the question would have to appear first in Korean or in Azerbaijani. One linguist selected <Requires Review> to report this occurrence, the other selected <Known issues, known workarounds>. If the item developers do not agree to edit the format, an adaptation note will need to explain to the translators what they need to do.

Below is a diagram of the workflow of translatability assessment of our CMSA:

In the next episode, we shall describe what should be included in translator training and support: special attention will be given to the project manager’s contribution to the production of consistent, high quality test translation.