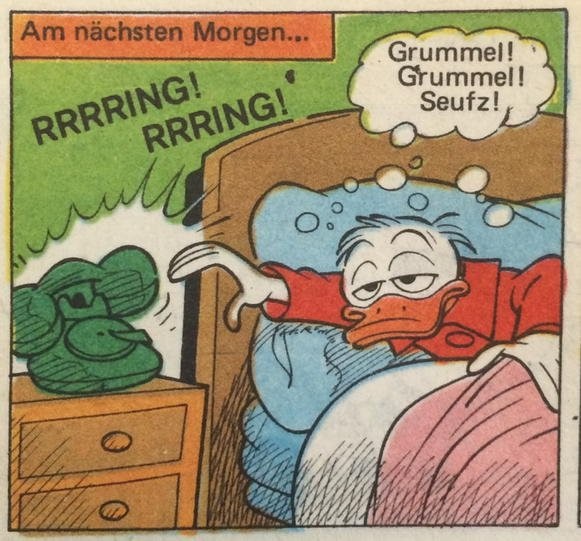 When translation affects the evolution of a language: the example of Mickey Mouse and the so-called ‘Inflektive’

Mickey Mouse is the most famous rodent in the world and a true Disney icon. This popular cartoon character made its first public appearance in 1928 in the United States in the animated film “Steamboat Willie”, and has appeared in over 130 films. As of 1930, Mickey also featured extensively as a comic strip character. The comic adventures of Disney characters were hugely successful in the United States and very soon his fame spread abroad.

In Europe, Mickey Mouse became the main attraction of a number of comics magazines, including Topolino, in Italy, Le Journal de Mickey, in France, Don Miki, in Spain and Miky Maous in Greece. In Germany the stories of Mickey Mouse and Donald Duck had an enormous success thanks to the translations carried out by Erika Fuchs as of 1951, the year in which the first Mickey Maus Heft was published. Before this magazine, there was no real “language of comics”, the written parts were simply limited to describing the images. With the Mickey Maus Hefte the text became as important as the images, and thanks to the inventiveness of Erika Fuchs, the German language, and in particular the colloquial written one typical of comics, was considerably enriched. Erica Fuchs was responsible for the invention of new interjections (part of speech that demonstrate emotion or feelings), onomatopoeias (words that imitate, resemble or suggest the source of the sound that they describe), as well as for the spread of the so-called Inflektive. Also called Erikative in Erica Fuchs’ honor, these are onomatopoeias derived from the elimination of the infinitive ending in -en or -n of a German verb. For example in the case of da seufzen, which means “to sigh”, by eliminating the ending -en, we obtain Seufz, corresponding to the “sigh”, or again, from grummeln, which means “to mumble”, derives the onomatopoeia Grummel.

On this model, over the years, numerous onomatopoeias have been invented and have since become part of the German comics language still used today by designers.

The case of the Mickey Maus Hefte and the translations carried out by Erika Fuchs therefore represent a very interesting example of how translation can influence the development of a language.