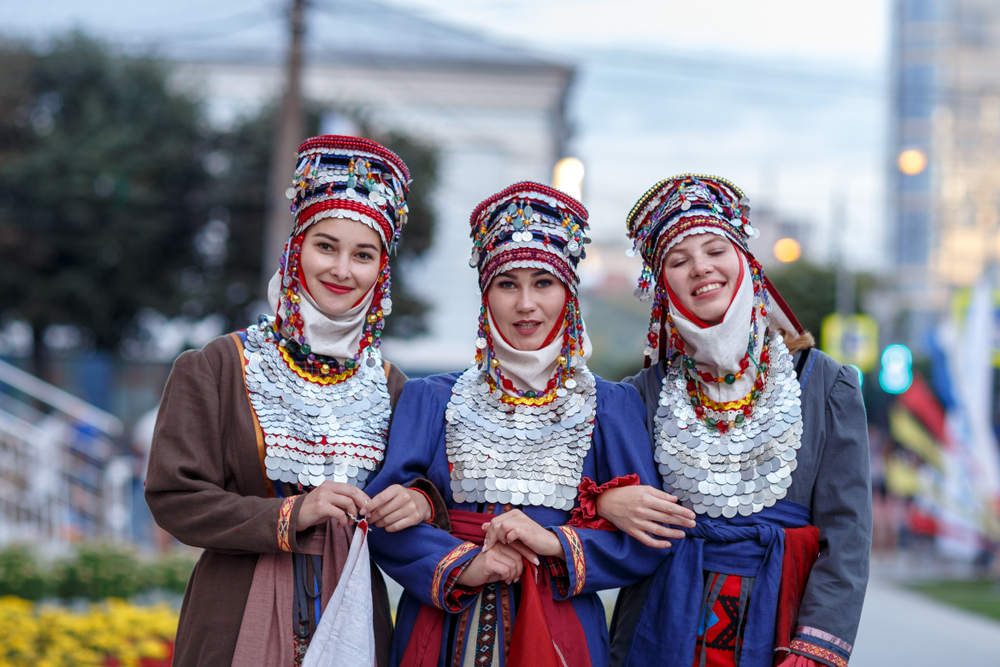 If you are not a linguist or an ethno-anthropologist with a special interest in minorities in the former Soviet republics, you probably don’t know what Chuvash, Udmurt, Komi, Buryat or Kalmyk are. They are just some of the important minority languages (about 135!) spoken by the 200 odd distinct nationalities that live across Russia’s immense territory. These ethnic minority groups represent about one fifth of Russia’s population! In these troubled times of extreme censorship in Russia, they are a vehicle for anti-war protests. The regional cultures and languages were suppressed in favour of Russian, so these people feel a bond with Ukrainians now and turn to their vernacular to express anti-war sentiment. This is yet another proof of how important each form of cultural and linguistic heritage is in the face of oppression – it carries identity and allows forms of expression that Newspeak rules out.

At the outbreak of the COVID-19 pandemic, faced with similar censorship issues, people across China took to using ancient Chinese characters, the 3000-year-old oracle bone script made up of the earliest known Chinese characters, and Martian, a kind of Chinese slang popular in the early days of the country’s internet, in order to express dissent with government measures. Other creative ways of skirting censorship include writing in Morse code, emoji, the hexadecimal code used in computing, Sindarin, the fictional elvish language created by J.R.R. Tolkien, and different combinations of these, as well as writing backwards or using web design tricks and QR codes that reveal the text only once scanned.

When the #MeToo movement broke out across the world the Chinese were using the phrase “rice bunny” – which, in Mandarin, is pronounced as “mi tu” – as a “replacement” (the hashtag had been blocked by authorities). Eluding censorship is far from easy in China: online police administrators on social media platforms maintain a list of terms that are deemed “sensitive”, which are automatically filtered. This can go quite far: there was an issue even about Taylor Swift’s “1989” album, which was suspected of being used online as a metaphor for Tiananmen, both for its name (date of the revolt), and because Swift’s initials (TS) could refer to “Tiananmen Square”.

See also the article for our blog titled “When the evolution of a language is driven by political dissent: the example of Chinese ‘hot’ words” at this link

Shutterstock –  Cheboksary, Chuvashia/Russian Federation, Actors of the Chuvash theatre of Opera and ballet in the Chuvash national costumes on the day of the city of Cheboksary