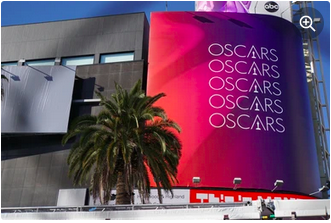 The “Best film” Oscar was won by “Coda”, a film about a hearing daughter in a deaf family who helps her family’s business while pursuing her own aspiration of becoming a singer. The film has a cast of largely deaf actors. At the Awards ceremony American Sign Language (ASL) interpreters translated the producers’ spoken acceptance speech for the film’s deaf cast members. Images or the entire audience waving their hands in the air in the ASL for applause have since gone viral.

The “Best Actor in Leading Role” Oscar was won by Will Smith, the fifth Black actor to win in this category in the Academy Award history. Sidney Poitier was the first in 1963 and the others are Denzel Washington for “Training Day”, Jamie Foxx for “Ray”, and Forest Whitaker for “The last King of Scotland. Only one Black woman has ever won “Best Actress in Leading Role”, Halle Berry, for “Monster’s Ball”.

The “Best Actor in Supporting Role” Oscar was won by American actor and director in theatre, film and television Troy Kotsur, who is deaf. He is the second deaf person to win an Oscar after Marlee Matlin in 1986 for “Children of a Lesser God”. In his acceptance speech Kotsur signed “I want to thank all the wonderful Deaf theater stages where I was allowed and given the opportunity to develop my craft as an actor. This is dedicated to our Deaf community, CODA community, disabled community. This is our moment.”

The “Best Actress in Supporting Role” was won by Ariana DeBose, who is the first Afro-Latina woman to win an Oscar and second Hispanic woman overall to win an acting Oscar, after Rita Moreno, who won in 1962 for the same role in the original film. While onstage DeBose quoted one of West Side Story‘s most famous lyrics. “So to anybody who has ever questioned your identity or you find yourself living in the gray spaces, I promise you this, there is indeed a place for us.”

The “Best director” Oscar was won by Jane Campion for the “queer drama” “The Power of the Dog”, “a difficult film about festering familial resentment and the destructive wounds of forced masculinity”, as The Guardian describes it in its review. Campion is the third woman to win the Best Director Oscar in the history of the Academy Awards. The previous two are Kathryn Bigelow, for “The Hurt Locker”, and Chloé Zhao, for “Nomadland”. Zhao is also the first woman of colour to win as Best Director.

The “Best animated feature film” was won by Yvett Merino, the first Latina producer to win an Oscar, with her film “Encanto”.

The “Best Live Action short film” Oscar was won by Riz Ahmed, a British Pakistani actor and rapper, who became the first Muslim person to win an Oscar for this category.

Last but not least, the “Best foreign film” Oscar was won by “Drive my car”, by Japanese director Ryusuke Hamaguchi. The plot revolves around a theatre director’s multilingual production of Russian author Anton Chekhov’s “Uncle Vanya”. The cast is composed of actors who do not all speak or even understand each other’s language. The play is performed in Japanese, Mandarin, Korean and Korean sign language (the audience has subtitles). Ambient sounds and prolonged periods of silence add to the beauty of this film that, according to a reviewer in The Atlantic, builds “a nonverbal vocabulary” for its audience which “underscores how insufficient language is as a lens through which to judge, categorize, and enjoy art”.

“Why The Power of the Dog should win the best picture Oscar”, Benjamin Lee, The Guardian, March 25, 2022