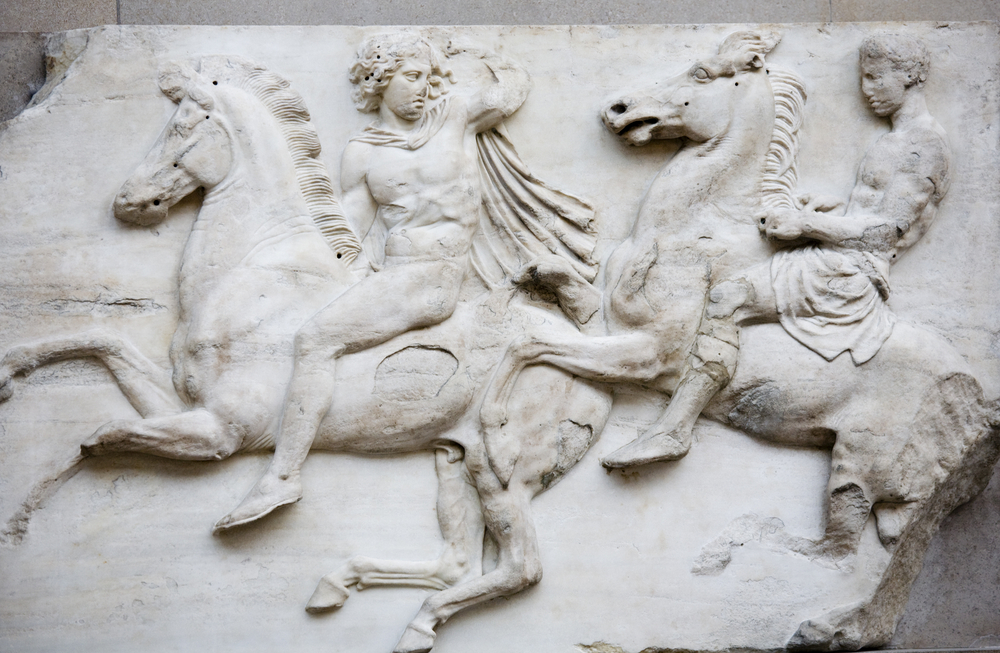 Was the removal of the Parthenon Marbles by Lord Elgin, who brought them to Britain in the early 19th century, “legal”? A leaked draft of EU paper stirs Parthenon marbles dispute, reads a recent article in the Art Newspaper. The EU paper, a negotiating mandate for a trade deal with Britain, contains a clause calling for the return of “unlawfully removed cultural objects” to their place of origin. It was picked up by British media which created quite a buzz by linking the clause to Greece’s claim to the Parthenon Marbles. While it is true that Greece has stepped up its campaign for the return of the Marbles in the Brexit era, it appears unlikely the EU will take up its two-century-old cause as a bargaining chip in a 21st-century trade deal, says the author. The clause probably refers to the wish that the UK continue to abide by the 2019 EU regulation on the import of cultural goods, designed to prevent illicit trade in antiquities. At the heart of the dispute lies the question of whether Lord Elgin acted on the legitimate approval of the Ottoman authorities, and how, in any case, a more exact translation of the document attesting to this could have changed their fate.

An English translation of an Italian translation of the original Turkish document authorising the removal of the marbles is the only written evidence invoked to support the legality of the marbles’ removal. It was presented to the British Parliamentary Committee formed in 1816 to examine the issue of the marbles’ acquisition by Elgin. Greek scholar Professor Vassilis Demetriades, from the University of Crete, is one of many experts who have questioned the legality of that act. The original Turkish document itself, together with any other written testimony which could confirm that Elgin had the official approval of the Ottoman authorities, he says, has been lost (despite there being a wealth of documents from the same period in Ottoman archives). In any case, Demetriades adds, the document was not an official Ottoman edict (“firman”), as it had none of the very specific formal elements of such a paper. It was simply a letter (mektub, as named in its text) from Abdullah Pasha, Kaimmakam (deputy) of the Grand Vezir Kor Yusuf Ziyauddin Pasha, who was in Egypt in charge of the war against the French army, and not the Sultan himself. It is possible that Abdullah Pasha issued the letter as a gesture of gratitude to the British ambassador who was at that time at the peak of his influence at the Porte because of the successful outcome of the war in Egypt (Lord Elgin had been appointed ambassador of Great Britain to Constantinople in 1799).

Whatever the legal status of the document – Demetriades claims it has none – there is another interesting translation-related issue which Demetriades mentions only very briefly but scholar John Melville-Jones, professor at the University of Western Australia, expands on. The Italian text, translated from the Turkish original, then translated into English, speaks of the permission to remove “a few stones” (“qualche pietra”), whereas the the English version speaks of the permission to remove “any stone”. So, if the conditions of the alleged “firman” had been strictly observed, says Melville-Jones, Lord Elgin would not have been allowed to take away as many pieces of stone from the Parthenon and other buildings as he did. A total of 15 metopes (of 92) were removed, as well as just under half of the total frieze (i.e. 160 metres), one of the caryatids (female sculptures) from the nearby portico of the Erechtheion, and four fragments from the frieze of the temple to Athena Nike. If the British Parliamentary Select Committee had had a more exact translation before it in 1816 when it was formed to discuss the possible acquisition of the Elgin Marbles, says Melville-Jones, this might have led to some modification of their decision.