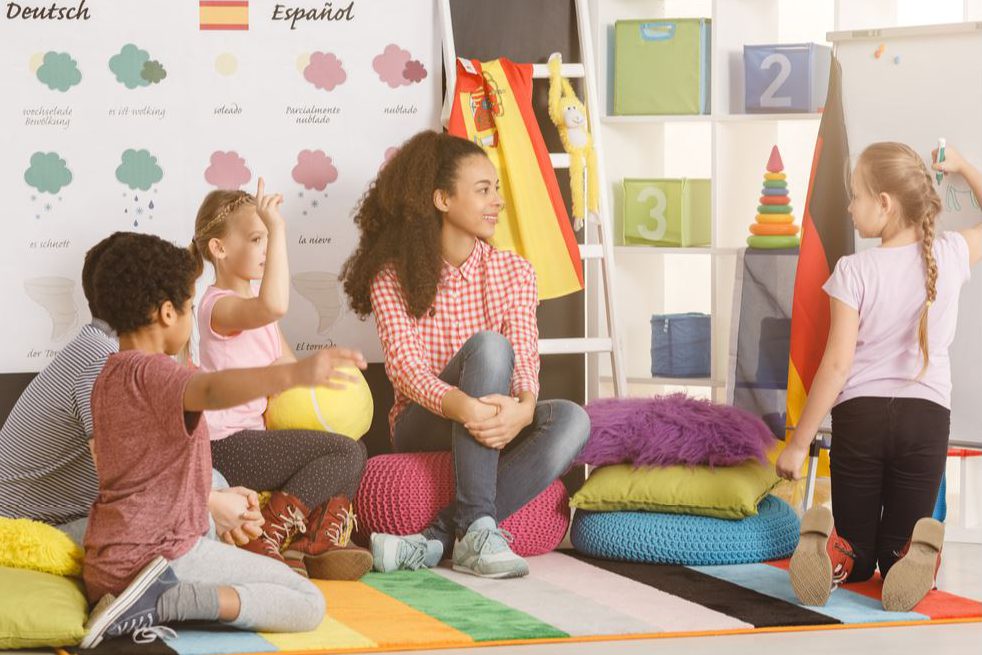 Recent research from New York and Oregon State Universities shows that multilingual students make academic gains in reading and mathematics at double or triple the rates of their English-only-speaking peers. The research is co-authored by Karen Thomson, Assistant Professor, College of Education, Oregon State University, and Michael J. Kieffer, Associate Professor of Literacy Education at NYU, and was published in the SAGE Journals on June 11, 2018. We read about this study through an article by Fabrice Jaumont, international educator and researcher, as well as passionate advocate for multilingualism and author of “The Bilingual Revolution: The Future of Education is in Two Languages”.

Using data from the USA’s NAEP (National Assessment of Educational Progress) from 2003 to 2015, the study describes changes in the reading and mathematics performance of “multilingual” students. These are defined in the study abstract as “students who report a primary home language or languages other than English”. Although all students’ scores improved, multilingual students in fourth grade improved their reading scores by 25 percent, and their maths skills by 27 percent. For children in 8th grade, the gains were even more significant: they did 37 and 39 percent better, respectively, on reading and math.

How can this be explained? According to Thomson, quoted in a recent article in the Daily Mail, multilingual people may have a “cognitive advantage” and “research suggests being able to direct your attention and ignore information or understand the arbitrariness of a sign can confer an advantage in learning to read”. People who are multilingual have more gray matter in the region of the brain called the “inferior parietal cortex”, which is thought to lead to greater mental flexibility, “key to learning, memory and the brain’s executive functioning”. Currently, only between 15 and 20% of Americans identify as bilingual. The US has begun to invest a bit in multilingualism, and “dual language programs have increased dramatically between 2003 and 2015, when the study’s data was collected”, Thompson is quoted as saying.

Multilingualism has a role to play not only in education. According to Fabrice Jaumont, “dual-language education is a pathway to respect, tolerance, and mutual understanding in our shrinking world”. It is a universal good that should be offered to everyone”, starting with our youngest citizens. He adds that multilingualism is also about being competitive in an increasingly global world. “Monolingualism will cause the U.S. to fall behind unless we act to ensure that all Americans have the opportunity to study at least one language in addition to English”. Finally, as scientists have also found links between multilingualism and delayed onset of dementia and Alzheimer’s disease, Fabrice Jaumont is quoted in the Daily Mail article as saying that being multilingual is (also) a “public health” issue and “we have to invest massively in this kind of education.”