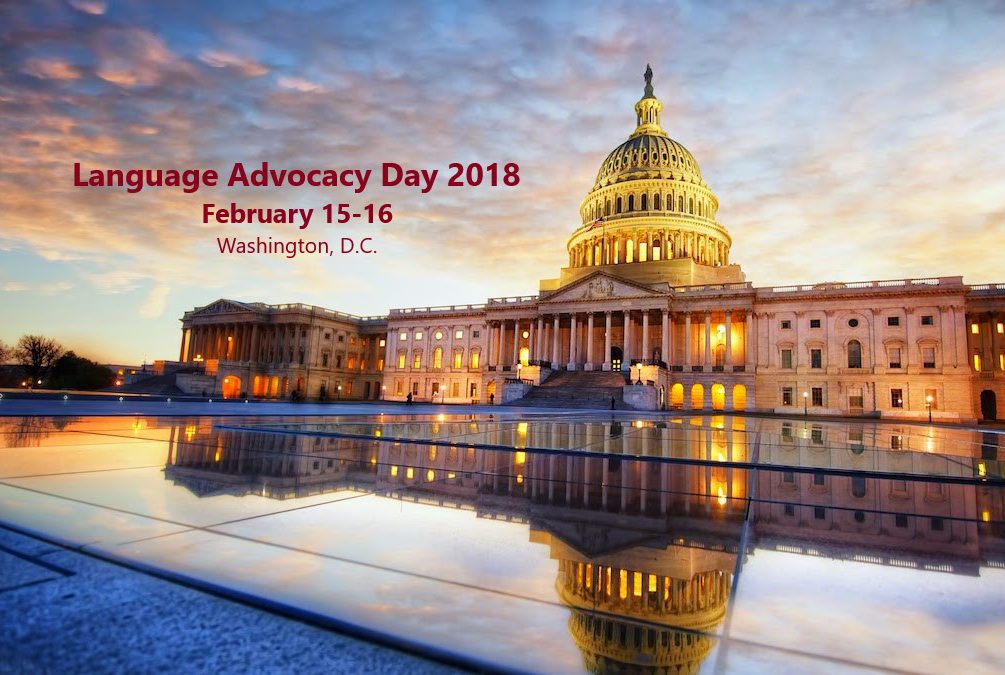 Is monolingualism “the illiteracy of the 21st Century”?

Is it still acceptable, in a world which is increasingly connected, mobile and multicultural, to only speak one language? Fabrice Jaumont*, author of the “The Bilingual Revolution, the Future of Education is in Two Languages”, opened his keynote speech at the US Language Advocacy Day on Capitol Hill, on February 16, by saying that monolingualism is “the illiteracy of the 21st century” and that bilingual should be the “new norm”, starting with our youngest citizens. “Dual-language education is a pathway to respect, tolerance, and mutual understanding in our shrinking world”. It is a “universal good” that should be offered to everyone.

The US Language Advocacy Day gathered world language educators, researchers, analysts, translators, interpreters, localizers, business owners and representatives of leading professional and scholarly associations to advocate to the US Congress for increased support for language programs and activities. The event is organised by the Joint National Committee for Languages (JNCL) and National Council for Languages and International Studies (NCLIS). JNCL and NCLIS represent the language profession in the United States, employing over 500.000 people. They advocate for support to language education to facilitate the free movement of people, information and ideas, build up mutual understanding and acceptance of cultural and linguistic diversity and promote the personal development of the individual.

Recent data from the JNCL and NCLIS indicate that only 9% of Americans speak a foreign language, whilst just 18% of K12 students and 8% of college students study a foreign language. An increasing number of schools are not teaching languages and only US 10 States require a foreign language for graduation. The JNCL and NCLIS also point out to the fact that the US needs citizens who can access the global economy in order to keep pace with competitors and contribute to international cooperative innovation. “Monolingualism will cause the U.S. to fall behind unless we act to ensure that all Americans have the opportunity to study at least one language in addition to English”.

*A French native, Fabrice Jaumont moved to the US in 1997. After serving as an education liaison for the French Consulate in Boston and then as assistant principal at the International School of Boston, he moved to New York in 2001. He is currently the Program Officer for FACE (French-American Cultural Exchange) Foundation, and the Education Attaché for the Embassy of France to the US. He is the author of “The Bilingual Revolution, the Future of Education is in Two Languages”. In this book Jaumont says that we must find ways to inspire parents to become “bilingual revolutionaries”. He says “parents are at the center of change – they have the power to change the educational landscape of their communities”.