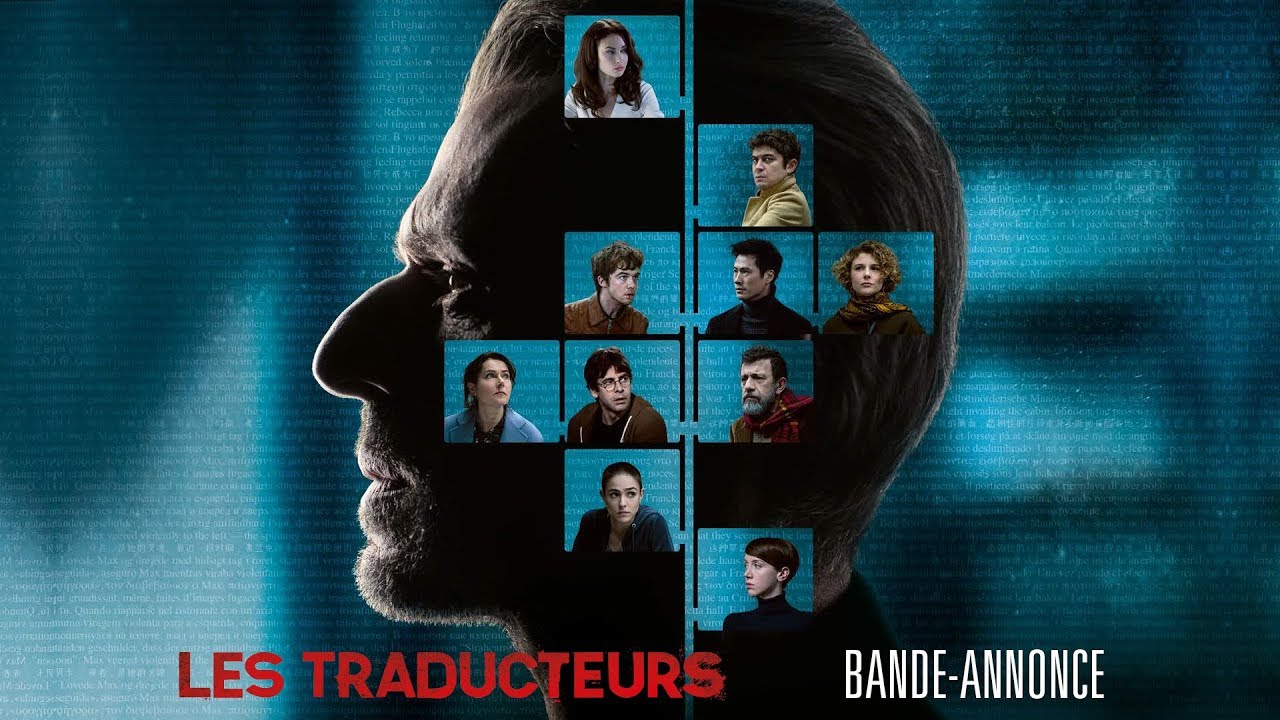 “Literary lockdown”: how the translation of a novel by a best selling author made for a thriller film plot

The French film Les traducteurs (The Translators) premiered last year in November at the French Film Festival in Prague. The plot follows a group of nine talented polyglots charged with translating the third installment of a fictitious Daedalus trilogy, a series of novels that, with 200 million copies sold worldwide for the first two, made the fortune of its publisher. In order to put the book out simultaneously in all language versions, the translators are kept under strict surveillance in a bunker beneath a château. When the first ten pages of the novel leak online, with more to come if the editor does not pay a hefty ransom, the going gets rough inside the bunker… The film’s director, Régis Roinsard, said at the time that the plot was based on a real story, the translation of Dan Brown’s Inferno. Author and journalist Julia Webster Ayuso provides interesting details about this “literary lockdown” story in a recent article for The Guardian. The article also invites a reflection on the relationship between authors and their translators, and on the value of collaborative translation.

The real story behind the film

Starting in March 2013, and for the following two months, eleven translators were confined in the Milanese headquarters of Gruppo Mondadori, Italy’s largest publishing house. Their task was to translate Dan Brown’s Inferno and guarantee the simultaneous publication of the novel worldwide. Armed security personnel guarded the location’s entrance around the clock and internet access was cut off. The translators’ laptops could never leave the room. To carry out any online research the translators had to share four other computers that were connected to the internet and take any notes by hand. The hard copies of the original English manuscript were locked in a safe at night. In parallel, in London, another five translators lived a similar experience in the basement of Transworld Publishers, a division of Penguin Random House.

The value of collaborative work in literary translation

Carole Delporte, one of the translators in the Milanese location, is quoted in the article as saying that the interaction between the translators and the author during the work for Inferno was constant: in a corner of the room there was a whiteboard where they could write down questions that would be passed on to Brown. “We all asked ourselves the same questions, so it was good because we could discuss them together,” says Delporte.  Did a market’s opening hours correspond with the time of day the action takes place? Was it possible to shoot at someone from that angle on the stairway? “He must have thought: ‘These translators are crazy!” says Delporte. “But in a way we were his first readers.”

While some translators worked individually, most worked on the 3.000 manuscript pages in pairs. Delporte herself paired with Dominique Defert, with whom she had already translated other bestselling books, including Walter Isaacson’s biography of Steve Jobs. Turkish translator Demir İncek is quoted in the article as saying that it was nice to be able to exchange ideas, as literary translation is usually “a lonely job.”  “Being able to solve problems together and explain the novel’s many historic and cultural references to each other was an experience that many found liberating, despite being confined”. As Claudia Conde, one of the Spanish translators noted, this was a an unique experience, in that “it brought together a bunch of hermits”, each with their own habits.

On how the stakes can be very high in literary translation

For Inferno, the momentous team effort for total secrecy paid off. When the novel was published in May 2013, it sold more than 50.000 copies, in Italy alone, in its first 24 hours. Only five years earlier, in 2008, an internet leak had “killed” Twilight author Stephenie Meyer’s fifth book in the bestselling vampire series, Midnight Sun. This was a franchise that had rivalled Harry Potter in the US for popularity: combined, the three earlier books had sold more than 5.3 million copies in the US, had been translated into 20 languages, and spent 143 weeks on the New York Times bestseller list. It appears that fans posted furious reactions to Meyer’s decision on blogs and websites. “Why punish her entire fandom for one person’s mistake?” said one fan. Another wrote: “Can someone please call, e-mail, stalk her and tell her she must write Midnight Sun?…”