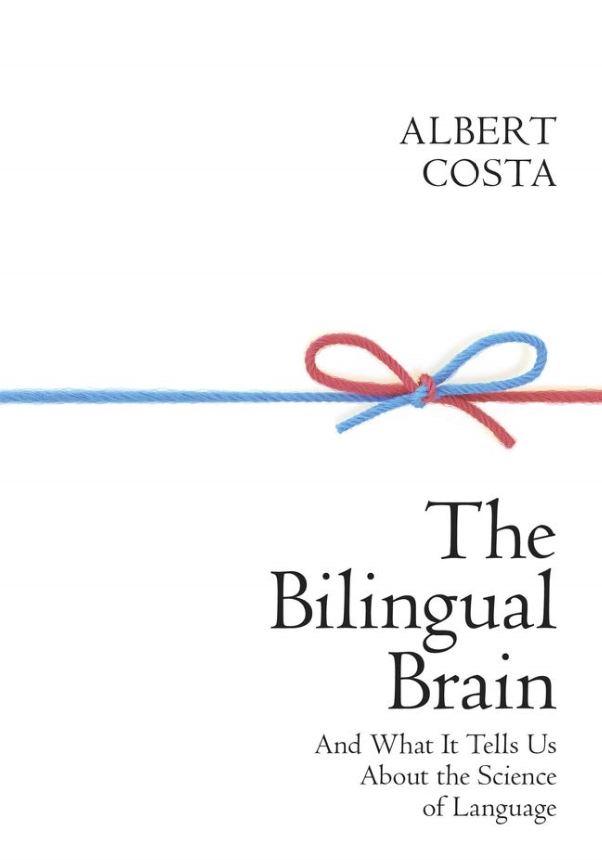 What perhaps not many of us know is that over half of the world’s population is bilingual, says Victoria Murphy, Professor of Applied Linguistics at the University of Oxford, in her review of “The Bilingual Brain”, by Spanish neuropsychologist Albert Costa. Based on the author’s 20+ years of research, the book investigates the impact of bilingualism on daily life from infancy to old age. Murphy says that despite bilingualism being so widespread, many countries (notably, English-speaking ones such as the UK, where she teaches) tend to adopt a monolingual mindset in thinking about educational provision. It is high time to change this, she adds, and Costa’s book provides an excellent place for educators to familiarise themselves with the basic science underpinning what we know about bilingual language development.

For a long time, bilingualism remained “freighted with prejudice” reads another review of the book in the Financial Times. The author, Tanjil Rashid recounts his own experience as an English/Bengali bilingual child. When he was at school, he says, he was moved to a class for “special needs” children, to ensure he would not be left behind. Costa’s research shows that there is no proof of a “cognitive disadvantage”; on the contrary, there is evidence suggesting bilinguals have certain cognitive advantages over monolinguals. For example, it may be that bilingual children develop the ability to take the perspective of others earlier than monolingual children. And because they have to exercise great control when speaking (to stop words coming out in the wrong tongue) this can lead to greater attentional control, improving concentration and multitasking. Bilinguals in many trials have also reported the onset of dementia up to four years later than their contemporaries.

For a long time it bilingualism was also associated mostly with sophisticated adults who studied or travelled widely. In reality bilingualism is not difficult: illiterate hunter-gatherers in remote Australia, for example, will speak, on average, at least 3/4 of 145 indigenous languages (while educated white Australians mostly speak only one). Newborns only hours old can already detect a change of language, at 4-6 months they can distinguish between two languages, and at 8 months they can even tell between two “new” languages, i.e. languages they have not yet been exposed to. They appear to be able to detect “statistical regularities” to deduct what, among the flow of sound, are the basic units of language, i.e. words. An astonishing, charming and enlightening book, writes journalist/author Tobias Jones for The Guardian, which manages to summarise decades of academic research without being dull, be generous to his peers and gracious where he demurs from their findings.

Albert Costa was Research Professor at Pompeu Fabra University in Barcelona, Spain, and director of the Speech Production and Bilingualism Group at the Centre for Brain and Cognition. His research focused on the cognitive and neural underpinnings of language processing. He was bilingual Catalan/Spanish. The English version of “The bilingual brain”, just out, was published posthumously (he died in 2018).

Are you looking for translation and quality control services? Contact us to learn how we can help you.