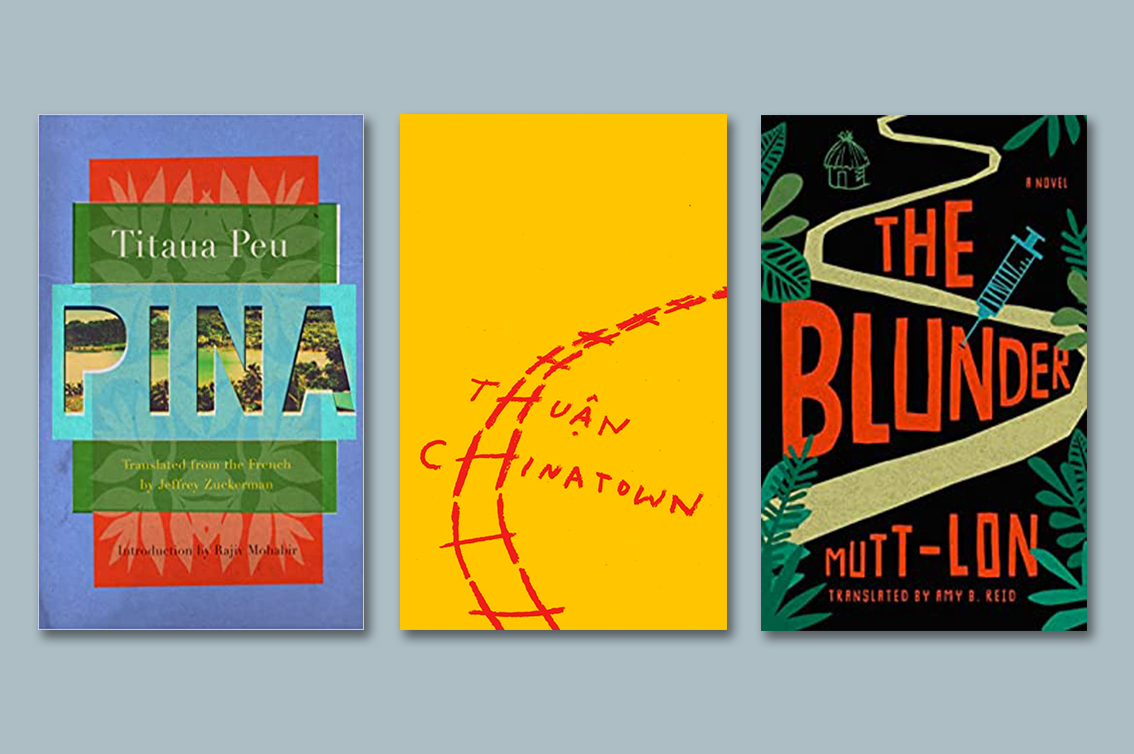 Three books, from three different continents, have recently been translated into English. They all deal with the aftermath of French colonialism, in Tahiti (French Polynesia), Vietnam and Cameroon, through the lens of “anticolonial translation”. What exactly does this mean? In a recent article for NPR (US National Public Radio magazine) writer, critic, and translator Lily Meyer describes “anticolonial translation” as “picking works, and approaches to those works, that resist or examine the effects of empire”. Meyer says it has gained increasing sway among English-language translators and editors and it is a huge boon for English-speaking readers.

Mutt-Lon is the literary pseudonym of author Nsegbe Daniel Alain, who is from Cameroon. In “The blunder” he satirizes the racism and “saviourism” of France’s last wave of colonizers, says Meyer, through the description of real life episode of the history of the country. A French Army doctor named Eugène Jamot set out in the 1920s to fight sleeping sickness in Cameroon, at the time under French colonial rule. One of his supervisees altered the treatment protocol, and this resulted in the accidental blinding of over 700 Cameroonians (the “blunder”). The so-called “Affaire de Bafia“, from the town where the accident happened, is described in some detail in the French Wikipedia page about Eugène Jamot but, interestingly, there is no mention of if at all in the English page. The book is translated from French into English by Amy B. Reid.

“Pina“: disenpowerment inherent to life in a 21st century colony

Titaua Peu‘s Pina belongs to the tradition of postcolonial family novels, says Meyer, except that it is set in Tahiti, French Polinesia, “where independence is an ongoing effort and debate”. It portrays “the intense disempowerment inherent to life in a 21st-century colony”, she adds. The publisher describes it as “a devastating novel about a family torn apart by secrets and the legacy of colonialism and held together by nine-year-old Pina, a girl shouldering the immeasurable weight of her family’s traumas”. Meyer says hate is Pina’s birthright, inherited from a father, Auguste, who grows deeply embittered on coming of age in a society “where men [of] his race, of his land, were never to be masters again, not even of themselves.” The book was translated from French to English by Jeffrey Zuckerman.

“Chinatown“, a tale of diasporic lives in Vietnam and France

“Chinatown” exerts a near-tidal pull on the reader, says Meyer. “I swallowed it down in one gulp”. The book opens in the Paris metro and is narrated by a Vietnamese woman who lives in France with her son, who is half Chinese from his father’s side. The novel’s animating forces, says Meyer, are her longing for her husband Ṭhuy, who she has not seen in many years, and her anger at the powerful anti-Chinese sentiment that restricts her son’s opportunities — no life is “hard in quite the way that it is for a Chinese-Vietnamese” — and ultimately separates the two of them for good. She’s also in constant conversation with the legacy of French colonialism, as is the novel itself. Chinatown was translated from Vietnamese to English by Nguyen An Lý.