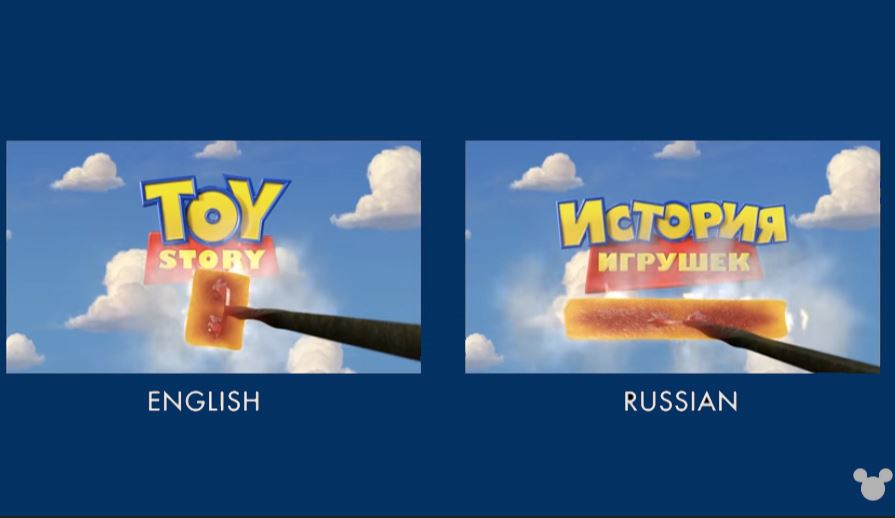 “Linguistic Quality Assurance is a set of processes designed to ensure that multiple language versions of documents meet the highest standards of linguistic, cultural and functional equivalence”: This is the definition of one of the main services offered by cApStAn Linguistic Quality Control.

But what does such an activity involve? In the development of items for multilingual tests the most common practice is to produce an English source version, to pilot it, validate it, and then to adapt it into multiple languages, identifying any translation difficulties that could undermine the functional equivalence of the tests and comparability of results. This is a very complex process that requires excellent knowledge of the cultural and linguistic peculiarities of the target countries.

A similar process is also applied by Disney Pixar, an American film production company which faces much the same linguistic and cultural challenges when going international, in order to ensure that viewers around the world can enjoy its animated films in the same way.

The video at this link (https://www.youtube.com/watch?v=WYrHmkf6Mk8) shows the different strategies implemented by Pixar to adapt some scenes to the specificities of a single target culture, or to internationalize them in order to make the translation process simpler.

The adaptation of films is not just about translating what you hear, but also what you see, says the video. This can mean titles, road signs, labels on products, letters or other written content shown in the film. At times, an alternative option to translation is to replace the words with images. Some changes are a direct reflection of culture, for example related to food, e.g. broccolis are replaced with bell peppers for the Japanese version of “inside Out” , or sport: in this same film, a game of hockey is replaced by football as this is a sport with a more universal appeal.

A lot of time and thought is invested, concludes the video, “to make Pixar films unique and appropriate for viewers across the globe. Keep your eyes peeled to see how films vary according to where you watch them”.

Cover photo: a screenshot from the video