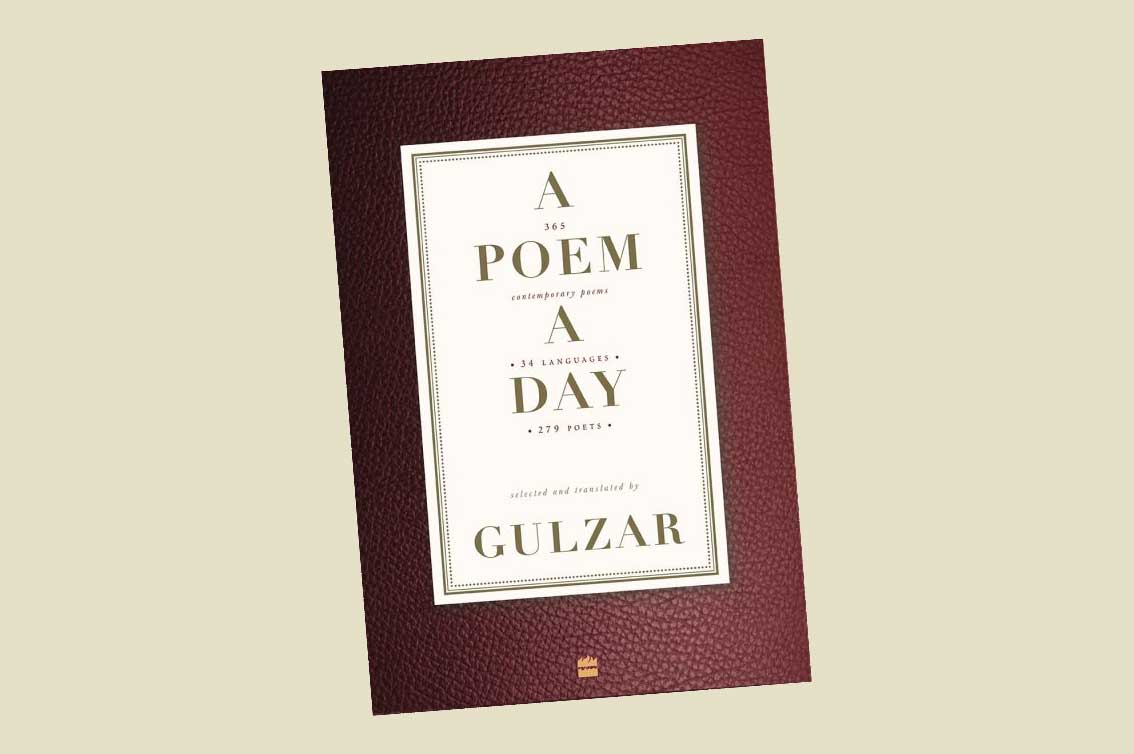 Sampooran Singh Kalra (b.1934), known as Gulzar, is an Indian lyricist, poet, author, screenwriter, and film director. His anthology of 365 poems, one for every day of the year, has just been published by Harper and Collins. He describes it as his “tribute,” in the “difficult times we are going through”, to the “many languages of India that happen to be local yet form a part of our national identity”. The selection features the works of poets from the north, south, west and east of India, as well as the northeast, Sri Lanka, Bangladesh, Nepal and Pakistan. The poetry of India, says Gulzar, can be truly known only if one takes into account the poetry of all its languages. Gulzar says he made the choice to present the poems also in English translation, a language that, thanks to India’s history, a majority of Indians are familiar with. Quoting Harper Collins, “the book presents “a kaleidoscopic view of history, human experience and poetic expression since 1947”.

“A poem a day”, coming out only a few months after the end of the “UN Year of Indigenous Languages” (2019), and two years ahead of the upcoming “Decade of Indigenous Languages (2022 – 2032)”, makes an important contribution to the global effort to preserve minority and endangered languages. In its strategic recommendations for the Decade, the UN emphasizes indigenous peoples’ rights to freedom of expression, to an education in their mother tongue, and to participation in public life using their languages, as prerequisites for the survival of indigenous languages many of which are currently on the verge of extinction. With regard to participation in public life, the UN highlights the importance of enabling the use of indigenous languages in justice systems, media, labour and health programmes. It also points to the potential of digital technologies in supporting the use and preservation of those languages.