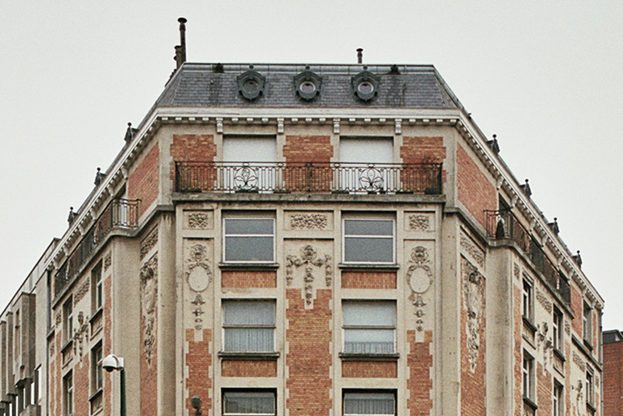 In the late nineties, Steve Dept was involved in two large-scale translation and adaptation projects. As it happens, he was particularly concerned with the time and resources spent on multiple revisions that did not seem to warrant incremental improvements in faithfulness or fluency. The effect of a translation review seemed unpredictable and uneven, and difficult to measure. To mitigate this, he endeavoured to draft stricter guidelines for reviewers, which included a request to provide a rationale for each correction. Steve sought advice from academics. Progress was slow and standardisation of revision was moot.

At that time, one of Steve’s clients, researcher Aletta Grisay, from the University of Liège, asked him whether he was willing to organise and coordinate the quality control of multiple language versions of a literacy test. The right challenge at the right time. Exactly 20 years ago, in 1997. The OECD was preparing the first cycle of the Programme for International Student Assessment (PISA).

A lot of work was done to prepare translation verification checklists and to define precisely what the verifiers’ task would include. Then came the time to select and train the verifiers. These were the earliest days of Internet, Alta Vista was the preferred search engine, Netscape was the leading browser, and linguists did not have online profiles. Steve had worked on a regular basis with linguists in 10-15 languages, but the PISA participating countries were preparing over 30 national versions and in 25 languages. Steve phoned and wrote, activated his university network and his translation network, prepared criteria (proficiency in both English and French as a source language, a relevant university degree obtained in the target country, 5 years experience in teaching), and prepared a budget.

If some level of standardisation is to be achieved, i.e. if verifiers need to adopt the same approach to review translations and to report on issues they identify, they need to be trained. Together. In the same location. Aletta and Steve needed to make the case for a training seminar, which involved a lot of travel and accommodation costs. Once the powers that be were convinced, the workshop was organised in the European District of Brussels. The venue was Avenue de la Renaissance, 1. Rebirth Str. number one. That was in November 1998.

An auspicious address indeed. Most verifiers flew in from their respective countries, and some were expats, living in another country. The Latvian verifier, for example, was a Russian teacher in Hungary (and spoke perfect Hungarian, in addition to her native Latvian, perfect English, impressive French and professional Russian). The Norwegian verifier was a school headmaster. There were 25 linguists, and most of them met for the first time. It was an unforgettable day: Aletta explained the background and the objectives of the project, Steve explained the verification process. There were frowns, questions, concerns. This was an unusual task for linguists. Andrea Ferrari was present as the Italian verifier. Andrea and Steve had never met before. Karina attended as the Polish verifier. Karina and Steve had never met before. Andrea and Karina had both been recommended by Apor, a Hungarian colleague.

The stage was set for the PISA 2000 Field Trial verification. The feedback delivered by the Renaissance 1 group was deemed useful: the national versions of PISA instruments stroke a good balance between faithfulness to the source and fluency in the target language. More importantly, the analysis of the Field Trial results showed high communalities: the assessment was clearly measuring something, and cross-linguistic equivalence was robust.

Less than two years after the Renaissance  1 seminar, Apor, Andrea and Steve set up cApStAn Linguistic Quality Control. Just the three of them. No employees. cApStAn’s largest project at the time was PISA 2000, but many smaller projects were managed concurrently. Apor joined the European institutions a couple of years later, but Andrea and Steve are still managing cApStAn in their inimitable creative style. And yes, Karina and Steve’s wedding took place in 2005. Many of the linguists from the Renaissance 1 group came to celebrate. An auspicious address indeed.