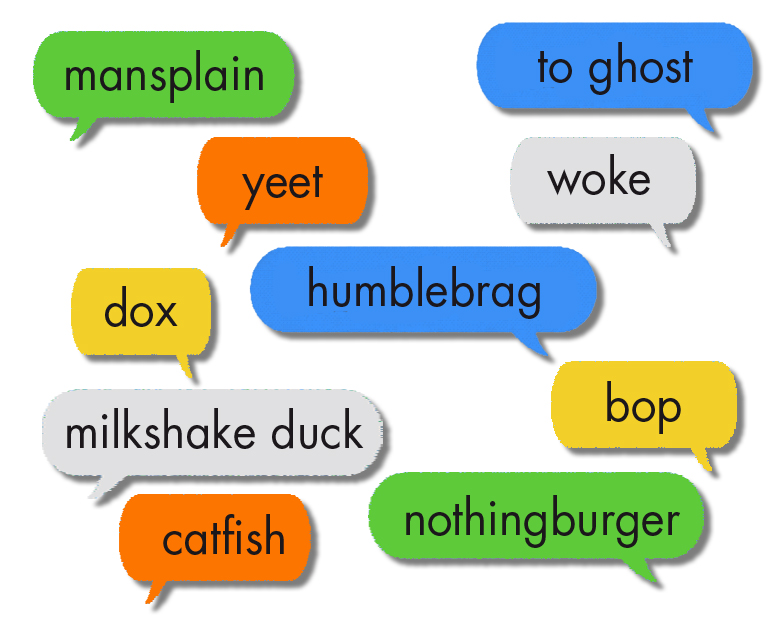 The Decade-Defining Words Of The 2010s: a compilation by BuzzFeed News

An interesting article from one of the world’s most popular media outlets, BuzzFeed, looks at how, before the 2010s, many things that are now integral to our everyday lives did not exist, eg. some of the social apps, streaming services, dating platforms, ride-hail startups, virtual assistants. As technology evolved, so did our vocabulary, say the authors: Venmo, Netflix, Uber, Shazam, to name but a few, were activities so specific and new “that we had to verb the proper name”. The 2010s might also be remembered, they add, as an era where the expansion of internet access allowed the voices of marginalized groups and communities to be recognized (and sometimes appropriated) by the mainstream.

Here are a few examples from BuzzFeed’s (amusing) decade-defining list:

to ghost: to cut off all communication and disappear from someone’s life with no notice

to dox: to publish someone’s personal information (their name, photos, address, phone number, social security number, etc.) and share it with others to embarrass them

to humblebrag: to make a statement that’s seemingly self-deprecating but the subtext of which alludes to one’s success or triumph

to mansplain: when a man explains something everyone in the room already knows about, particularly when those in the room are women

woke: to have an acute awareness of social justice issues and how certain people are perceived and treated in society

nothingburger: a trivial dead end of a purported controversy or overhyped event, too insignificant to bother looking into

milkshake duck: a once-beloved person or character whose seedy history or belief system is unearthed

yeet: a word that lacks an agreed-upon definition, though akin to hitting the eject button

catfish: someone who adopts a fake persona online and targets, seduces, and deceives (or catfishes) a specific victim

bop: a bop refers to a catchy song, a hit

to cancel: a public condemnation of someone whose behavior or belief system is distasteful

“These Are The Decade-Defining Words Of The 2010s”, Emerson Malone and Sara Schweppe, BuzzFeed News, December 11, 2019

Founded in 2006 and based in New York City, BuzzFeed, Inc. is an American Internet media, news and entertainment company with a focus on digital media. In later years it expanded into “serious” journalism, long-form journalism, and reportage and by 2018 had won the National Magazine Award and the George Polk Award, and had been a finalist for the Pulitzer Prize.