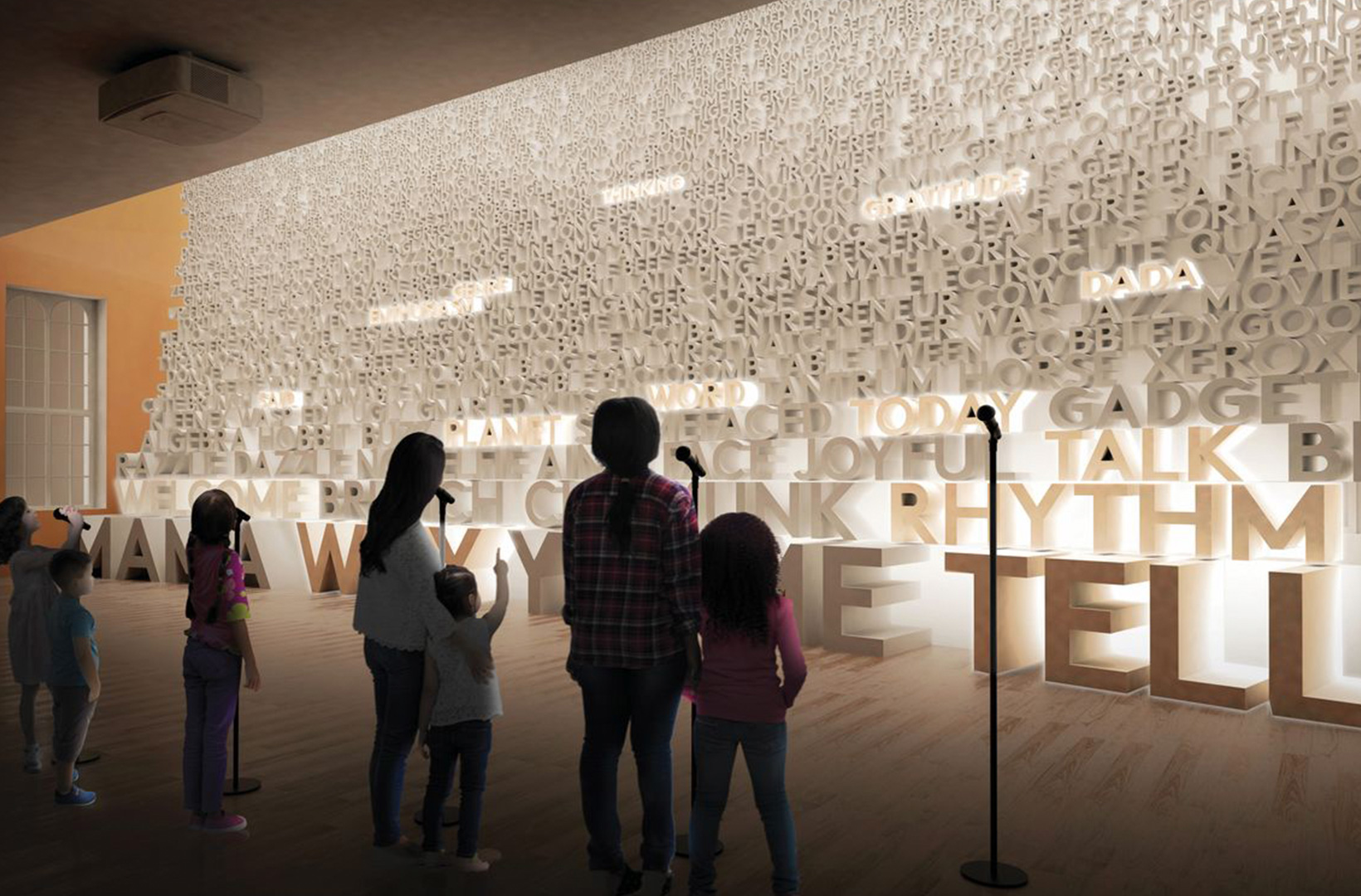 “Planet Word”, opening up in Washington DC on October 22, 2020, will be an interactive center dedicated to language arts. Its mission is to inspire a love of words and language and the project is grounded in the belief that language and literacy are the keys to sustaining a vibrant democracy and society. Ralph R. Smith, the museum’s Managing Director, is quoted in the website as saying that “literacy is the essential gateway to early school success, high school graduation, participation in the global economy and citizenship”. He adds that Planet Word will be nothing less than a bold attempt to “capture and share” the magic of reading. The museum has numerous interactive galleries and exhibits centered around words, reading, and public speaking, and prides itself on being the first voice-activated museum of its kind. It features, in particular, a voice-activated 22-foot-high Word Wall, and a 5,000-LED globe with word games.

The Planet word project is led by philanthropist Ann B. Friedman, whose interest in literacy began with early work as a copy editor and translator, and was pursued in her later career as a beginning reading and writing teacher. The museum’s Advisory Board Members represent experts from many diverse fields – linguistics, anthropology, literature, computer science, natural language processing, music, theater, psychology, and more. Planet Word will be housed in the historic Franklin School building, where Alexander Graham Bell made the first wireless voice transmission in 1880.