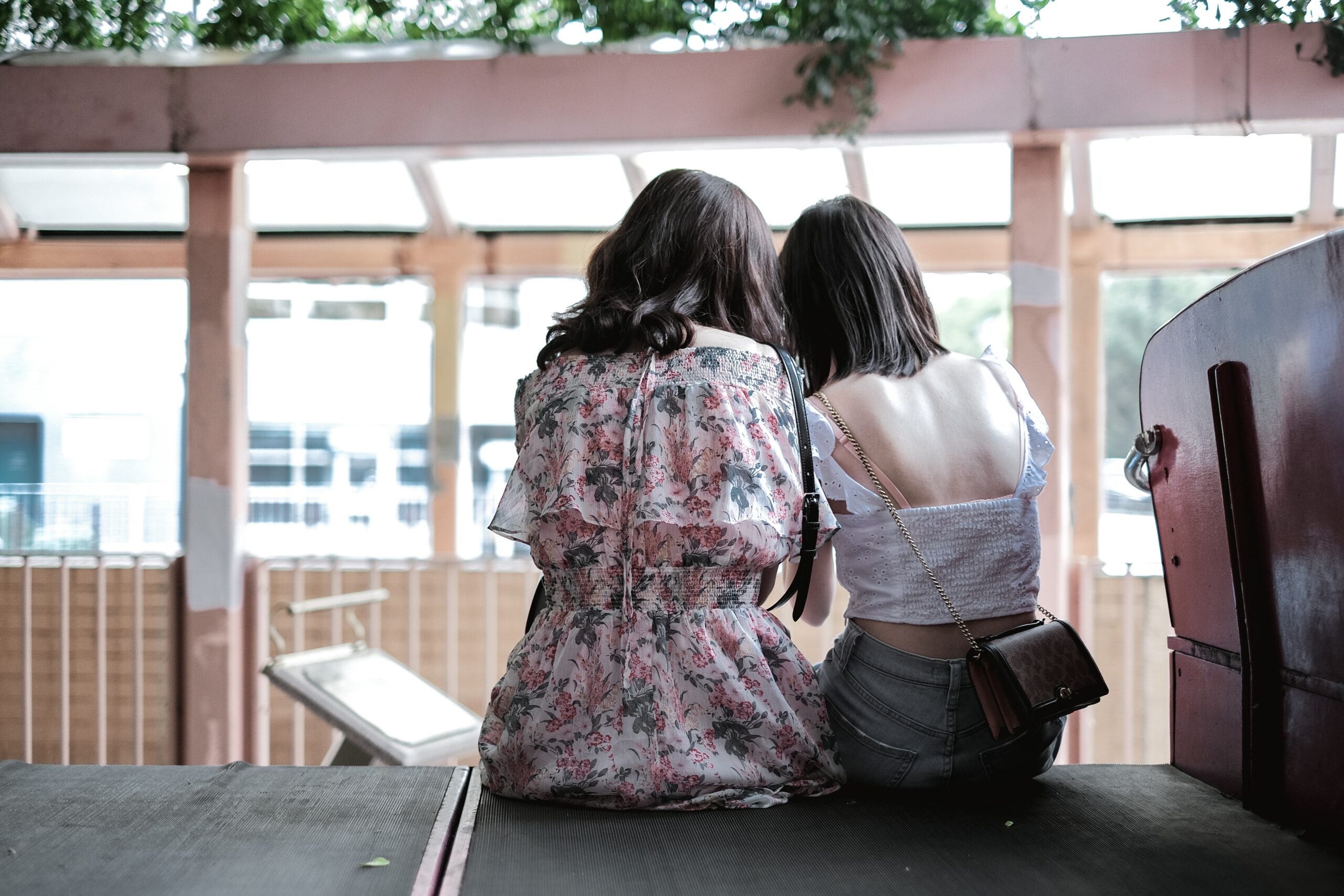 “Holding my brush to write this letter, two streams of tears flow/ Of the thousands hardships I have suffered nobody knows” …

These words are translated from “Nüshu”, which literally means “the script of women”. Nüshu is a writing system created and used exclusively by women which originated in China’s remote Jiangyong county, in southern China, most likely around the 9th century. In the feudal Chinese (patriarchal) society the activities of women centred around household chores and the care of children, they were denied rights to education and had little to no contact with the outside world. “It’s a history that most Chinese are not familiar with,” says film director Violet du Feng, whose film about Nüshu, “Hidden Letters“, is coming to the theatres in December 2022. Is Nüshu still relevant in modern times and for modern women? In a recent interview for WNBC-TV du Feng says most definitely yes. Nüshu provided a space for women to confide in each other and share their problems and challenges. Du Feng says she wanted her film “to connect” and reach out to all the women in the world who are still struggling “to find where they are”. Zhao Liming, a professor at Tsinghua University in Beijing, quoted in an article for the UNESCO Courier, says Nüshu was like a ray of sunshine that made women’s lives more pleasant. “It is a culture of sunshine,” she says, “which allows women to speak up with their own voices and to fight against male chauvinism.” The last known speaker of Nüshu passed away 18 years ago, raising fears that the language would die out. However, in recent years, Nüshu has been used to promote the local economy in ways that are empowering for women, and Du Feng’s film will also hopefully contribute to pushing it further into the international limelight.

A coded language of sisterhood

In their writings and songs in Nüshu women shared their intimate feelings, hopes and fears, sadness and joys, hardships and misfortunes. Many lamented the unfairness and suffering of women’s lives. Many women were illiterate, and to learn Nüshu, they would simply practise copying the script as they saw it. The script was passed down from mothers to their daughters and practiced among sisters and friends, including with “sworn sisters,” women who were not biologically related but who committed to eternal friendship and fidelity. Nüshu is a wonderful example of creativity resulting from a social separation between men and women, which at the same time provides a solution to a problem: a missing connection with cherished people, and more, says Lisa Huang, a type designer specialised in Latin and Chinese scripts, based in Paris (France), who is working on the digitalisation of Nüshu.

Decline of Nüshu in 20th century

Nüshu usage seems to have reached its peak during the latter part of the Qing Dynasty (1644-1911). Its use started to decline in the 1920s when education began to include more women, and the decline continued with Communist rule in the 1950s, when education became a universal right for all. Nüshu became almost extinct during the Cultural Revolution, when books and letters written in Nüshu were burnt, and research banned. During this time, scholar Zhou Shuoyi, for example, was deemed “feudal” and “rightist” for his work on Nüshu and was sentenced to 21 years in a labour camp. Today it is no longer customary for women to learn Nüshu. However, thanks to a combination of Chinese state intervention, private donations, international patronages and an increasing interest on the part of artists, writers, academics and researchers worldwide, Nüshu is experiencing something of a rebirth.

Nüshu in film, music and literature

“Hidden Letters” is not the first work of art about Nushu. In past years there has been an increase in the representation of Nüshu in film, music, and literature. Following years of ethnomusicological research in Hunan, in 2013, Oscar and Grammy award Chinese composer (and UNESCO Goodwill Ambassador) Tan Dun created a multimedia symphony entitled Nu Shu: The Secret Songs of Women, for Harp, Orchestra, and 12 microfilms. Combining the fields of anthropology, musicology, history and philosophy, Tan Dun weaved heartrending stories of Nüshu women through song script and historical environment. The twelve micro films about mothers, daughters and sisters’ lives, derived from Tan Dun’s field recordings, serve as the center of his composition.

Books about Nüshu include Lisa See’s Snow Flower and the Secret Fan, a novel set in China in the 19th century, later made into a film. Lisa See is part-Chinese and her book is based on extensive research and travel in the Jiangyong County. The protagonists, Lily and Snow Flower, who are “sworn sisters”, write letters to one another on a fan in Nüshu. The novel begins when Lily is 80 years old and tells the story of her life from birth, childhood, marriage, and old age. The novel depicts the physical and psychological pain of foot binding, which both girls were submitted to, and, in general, the suffering of women of the time, who were treated as property. The film version of Snow Flower and the Secret Fan was filmed in China 2010 and released in 2011.

What of the future?

Professor Zhao Liming says Nüshu has completed its historical mission as a cultural tool for lower-class women who did not have the right to education but remains an empowering means to appreciate women’s beauty and strength. Today it is being studied for business and tourism, she adds, and this is also a kind of preservation and inheritance. In downtown Jiangyong nearly every store has its name written in two scripts: standard Hanzi and Nüshu. The most luxurious hotel in town is even named after the women’s script. But name signs and even official government documents on Nüshu are riddled with mistakes, she says. It’s nice that the government is working to promote tourism but getting it right must be the priority. “Distorting tradition is worse than losing it”.

Jon Watts, writing for The Guardian, says that in addition to government action, Nüshu’s growing fame has attracted investors from abroad. The Ford Foundation donated a vast sum to build the Nüshu museum and a Hong Kong company has invested several million yuan for the construction of roads, hotels and parks. The commercial exploitation of the language and the reinvention of the embroidered script as a “tourist moneyspinner” is reaping dividends but is transforming relations between the sexes in a way that would have shocked the old Nüshu writers, he says. Now that women are bringing in money through Nüshu – which many have started learning in the past few years –  they have moved to the centre of the community’s economic and cultural life. After all, tourists and academics are not interested in the men, but instead come to hear the women sing, sew and write. This has brought them a new kind of power. Despite the investment, he warns, there are still fears that the language may die out.

Was Nüshu ever really “secret”?

Professor Zhao Liming reveals a secret about this secret language: that it was never really secret… It has always been out in the open, she says, it’s just that in patriarchal cultures men had little interest in the writings of women.

“What the world’s fascination with a female-only Chinese script says about cultural appropriation”, Ilaria Maria Sala, Quartz, May 24, 2018