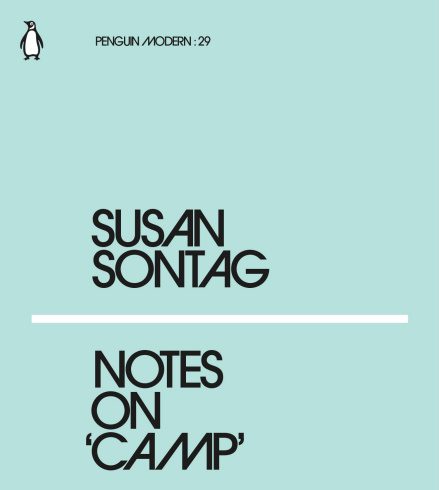 Is “camp” about being an “inherent outsider”? The recent Metropolitan Museum Gala provided endless discussion around what the term means

Talk about what camp means has resurfaced lately thanks to the camp-themed Met Gala. First noted to mean the use of exaggerated actions or gestures in 1909 in the Oxford English Dictionary, It has been suggested that camp could date back to the French 17th century expression “se camper“, meaning “to put oneself in a bold, provocative pose. Its essence was described – in 58 points – by American writer, filmmaker, philosopher, teacher, and political activist Susan Sontag in her 1964 essay “Notes on Camp”, its essence being “a love of the unnatural: of artifice and exaggeration” (1). For decades camp was seen as a sort of private code among homosexual men. According to linguist Chi Luu, a computational linguist and natural language processing (NLP) researcher, it is highly possible that camp has its basis in “Polari”, a secretive slang developed by British gay men at a time when society stigmatised them. (2) According to the Collins Dictionary, polari can be traced back to at least the 19th century and possibly the 16th. (3)

Today, camp’s scope has extended, says Fabio Cleto, co-author of the Met Gala exhibition accompanying book, “it is so everywhere that one may no longer notice it as exceptional”. It has become inclusive of other genders and sexual orientations, and acts, he says, “as a subversion strategy for many marginalised identities.” The Met exibition explores the trajectory of camp from the fringe towards popular culture in around 200 objects – outfits, sculptures, paintings, and drawings, and a LED message strip ringed around the ceiling streams the Susan Sontag essay in its entirety. (4) Andrew Bolton, the Met’s Costume Institute curator, claims that we are going through an extreme “camp” moment, and he felt this theme was very relevant to the current cultural conversation. (5)

Expressions like #MeToo and #TimesUp are now filled with a new meaning, empowering women, and moving society towards gender equality. Could camp, should it go “mainstream” – a contradiction in terms! – help move society to more tolerance and inclusiveness? Interesting (camp) times ahead…

1) “Notes on camp”, Susan Sontag: http://faculty.georgetown.edu/irvinem/theory/Sontag-NotesOnCamp-1964.html
2) “The Unspeakable Linguistics of Camp”: https://daily.jstor.org/unspeakable-linguistics-camp/
3) Polari @ https://en.wikipedia.org/wiki/Polari#cite_note-4
4) “What does it mean to be camp”: http://www.bbc.com/culture/story/20190503-what-does-it-mean-to-be-camp
5) “The 2019 Met Gala Is All About Camp. Here’s What That Means”: https://bit.ly/2W5KB6u

The term “inherent outsider comes from an article in ThePaullia: “Camp: the theme that means the most – or nothing at all”

More about Polari at: https://www.theguardian.com/commentisfree/2010/may/24/polari-language-origi