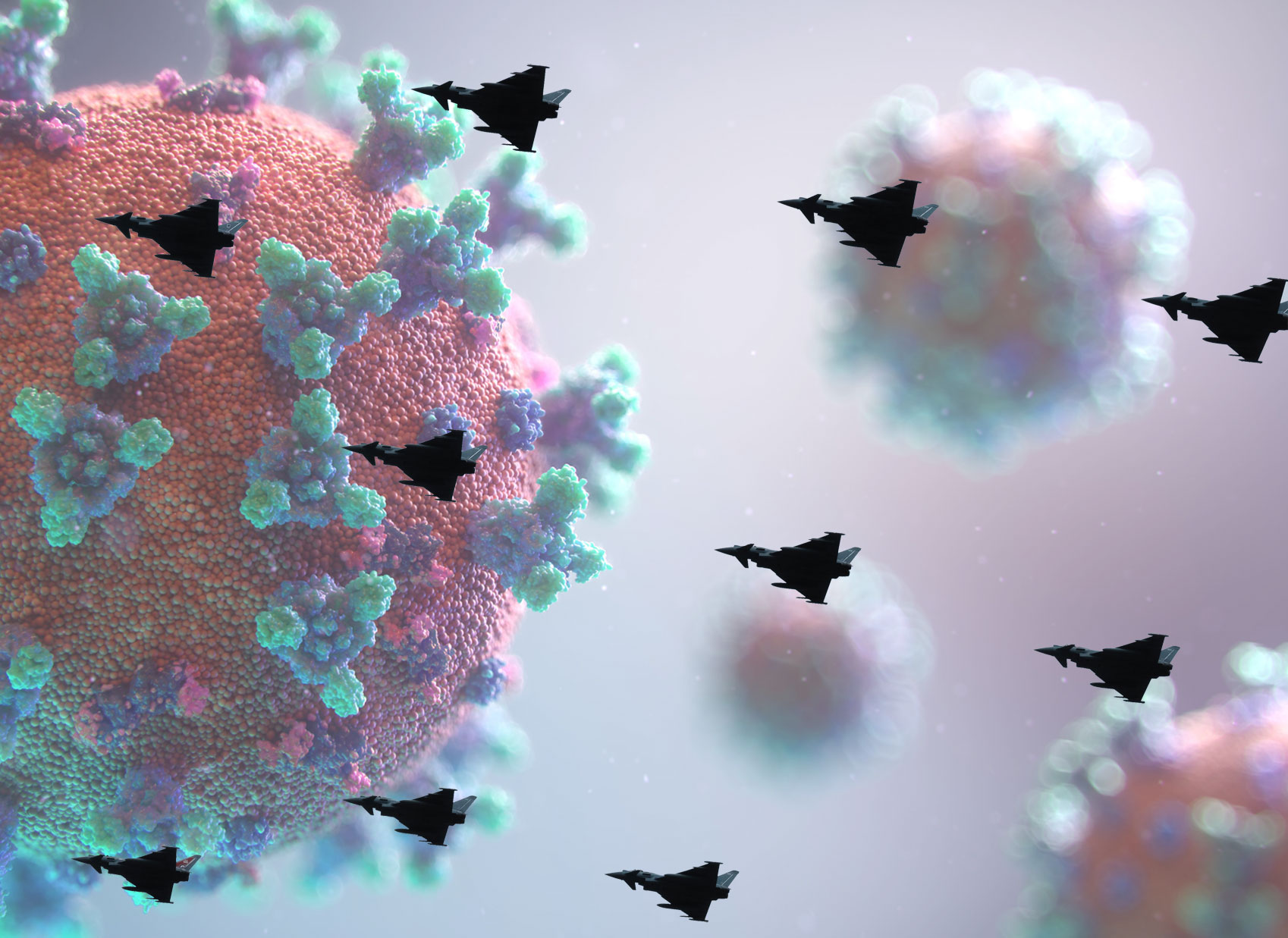 Beyond the battle, far from the frontline: a call from linguists for non-war-related ways of talking about Covid-19

The coronavirus pandemic has led to an explosion of new words and phrases, both in English and in other languages. We have written about the new lexicon, and how it is helping people to make sense of the changes in our lives, in three recent articles for our blog (see links below). There has also been a proliferation of analogies and metaphors to describe the pandemic, drawn from war, sports, storms, monsters, natural disasters, and much more. War, in particular, is being widely used as a metaphor for dealing with Covid-19 not only by world leaders, public figures, journalists and political commentators, but also by the population at large. The link between war and disease is not new, of course. It goes back a long way in time, as a recent article in The Conversation notes. In past centuries people struggled to understand disease, without having evidence of bacteria or viruses. They saw it as something which had power to kill, much like the kings who sent armies around the globe.

Linguists are already starting to analyse the coronavirus-related language. One recent example is a study by academics Philipp Wicke and Marianna M. Bolognesi, respectively from the Universities of Dublin, UK, and Bologna, Italy. The aim of their “Framing Covid-19” study was to see how the pandemic was described figuratively by non-expert communicators. They chose Twitter as the field of research as, unlike articles on magazines and journals that are typically used for corpus analyses of this kind, which are written by journalists and other experts in mass communication, tweets are mostly provided by ordinary people. The researchers carried out an automated analysis of a corpus of 200k tweets, containing coronavirus-related hashtags, posted during March and April 2020. The study results confirm the pervasiveness of the war frame in the discourse, referred to specific aspects of the pandemic, such as its treatment and diagnosis, where the terms “fighting”, “fight”, “battle”, “combat” were the most common.

Two Lancaster University linguists, Dr. Veronika Koller and Professor Elena Semino, who have worked in healthcare communication, say that some aspects of “hostile language”, such as “the fight against the coronavirus”, may help to communicate how serious the situation is, and can foster a spirit of solidarity in the face of an external threat. But they can also have adverse effects and lead to fear and anxiety, and even aggression towards people who are seen as guilty of causing or spreading the virus. This is a time where extra sensitivity and creativity are required, they say, where we need to develop metaphors that can appeal to the widest possible variety of people and circumstances. Dr Koller and Prof. Semino decided to crowdsource examples of inspirational non-war-related metaphors via a public appeal on Twitter, which anyone can contribute to, using the hashtag #ReframeCovid.

Examples of alternative ways of talking about the pandemic

In an article for the Lancaster University news, which we borrowed part of our title from, Dr. Koller and Prof. Semino mention examples of alternative ways of talking about the pandemic drawn from sports (a virologist from Italy likened the containment of the virus to a football game in which one side was down 0-3 and has equalised to 3-3, but has not yet avoided defeat, never mind won the game), gardening (the medical director of the NHS in England has talked about “green shoots” to tell the country that the self-isolation measures were showing some first effects), and other fields. We personally found many interesting (and amusing) metaphors in the #ReframeCovid repository, here are a few examples: Flight C-19 will land eventually, but it is much too soon for passengers to unbuckle their seat belts; We are in this EU boat together, we hit an unexpected iceberg, we all share the same risk now, no time for discussions about 1st class and 2nd class; We are now at the top of the mountain, where we have a view of the valley, but we shouldn’t have beers here, it’s dangerous, let’s wait to be by the side of the lake; It’s like driving through a rally-cross with a devil on the hood, and 1.0000 map readers in the back!

See our previous articles about the new “coronaspeak”:

“The new forms of living, working and socializing during the current pandemic have engendered a crop of neologisms” – https://www.capstan.be/the-new-forms-of-living-working-and-socializing-during-the-current-pandemic-have-engendered-a-crop-of-neologisms/

“Elephant in the zoom, Le Creuset wrist, and cough-shaming: how Covid lingo is creeping into our every day language” – https://www.capstan.be/elephant-in-the-zoom-le-creuset-wrist-and-cough-shaming-how-covid-lingo-is-creeping-into-our-every-day-language/

“In the current health crisis accurately describing what we are asking of people is crucial: why the term “social distancing” should be changed” – https://www.capstan.be/how-do-you-translate-a-concept-such-as-social-distancing/

Read more about language, linguistic curiosities and linguistic research on our blog at this link

Image: Graphillus/Milan, background photos by Robert Bye (planes) and fusion-medical-animation, both at Unsplash