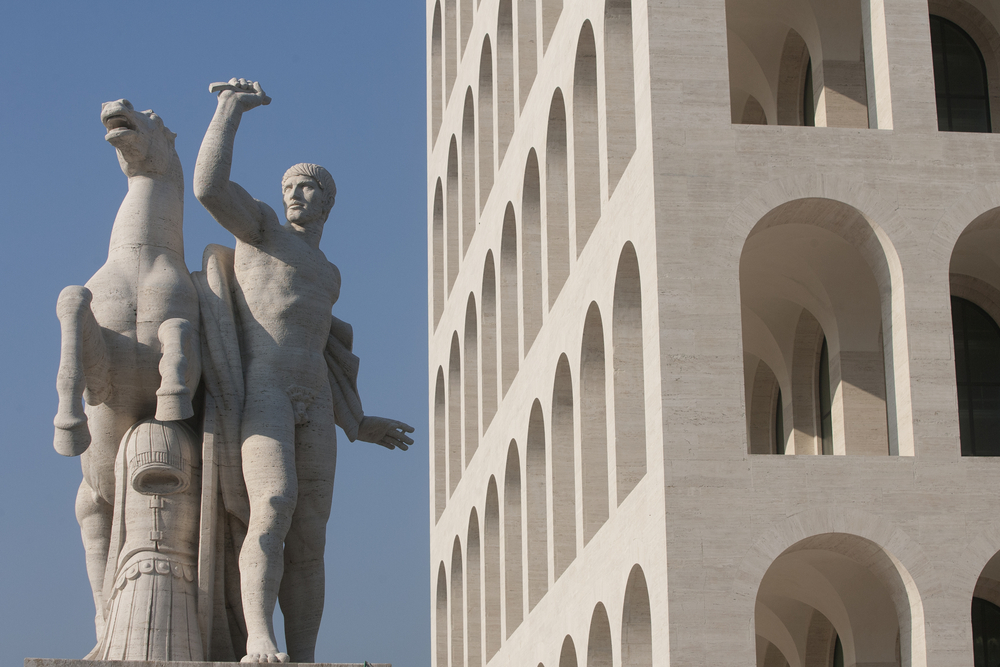 “Far-right leaders often call for one nation united under one language but, at the same time, they have always been good at using translation to spread their politics”. This is the opening line of a recent article in The Boston Review where the author, Yuliya Komska, addresses the common misconception that xenophobic, racist or oppressive ideologies are always monolingual and that, conversely, multilingualism always serves the goals of democracy, pluralism, and open-mindedness.

In the past century, despite promoting a one nation, one language ideology at home, fascist regimes such as those of Mussolini and Hitler used translation to promote their ideas beyond the borders of their respective countries. Komksa recounts how an arm of the Foreign Office in Nazi Germany even networked clandestinely through independent publishers to translate and disseminate propaganda against the Allies and, as late as Fall 1941, the Reich Chamber of Writers founded the European Writer’s Association to oversee international promotions of translated books. In Italy, under Mussolini, she adds, translation gained traction as an “instrument of penetration” into cultures, markets, and minds. “Transnational fascism was by necessity translational”.

In more recent times Komksa notes, for example, that events organised by Eurosceptic and xenophobic Italian politician Matteo Salvini have been simultaneously interpreted into three languages, with slogans in several more flashing in the background. And, in Germany, the Alternative for Germany (AfD), despite pushing for German to be the Federal Republic’s official language, and lobbying against teaching English in primary schools, has publicised its platform in English, Spanish, French, Hungarian, and Czech. The choice of languages is interesting too, says Komska, as one could see it as an attempt to “court allies in countries where right-wing parties have been gaining clout”. Far-right Internet users are also known to be translating their manifestos into other languages, eg. the Christchurch shooter.

Komska calls for international efforts to combat fascism, including pressuring online retailers such as Amazon and Barnes & Noble to ban uncritical editions of far-right texts and to de-platform neo-Nazi distributors. She says that in this respect the restrictions implemented by YouTube have set an interesting precedent and we must not delude ourselves into believing that fascism in translation will dissipate without such direct interventions. This is a very controversial issue, especially in times of heated debate about possible interventions against fake political advertisements (Twitter has banned them, Facebook says it will not, invoking the right to free speech).

Komska’s article raises another very sensitive issue, that of translators who accept to translate works that are contrary to their political or moral beliefs, especially if they express radical and extreme positions. This is not uncommon, says Komska: antifascists have, for different reasons, frequently carried out translations of fascist texts. Translation is by far most far-reaching means of disseminating ideas, so that translators undoubtedly have a responsibility to bear. Professional codes of ethics for translators will tackle illegal or immoral content (which is already not always easy to define), then there are also personal morals and other more practical considerations that can influence translators’ decisions. German resistance fighter Greta Kuckhoff, for example, translated the first UK English edition of Mein Kampf together with James Murphy, and opposed Murphy’s attempts to improve Hitler’s prose, because she wanted the book “to retain its shameless stirring up of the masses,” says  Komska. And when the New York Times reviewed Mein Kampf‘s most widely read English translation, it thanked the translator “for serving the country well” by showing how Hitler’s prose is almost as unreadable in English as it is in German.  To translate or not to translate, that is the question, and not an easy one at that.

Yuliya Komska is an associate professor of German Studies at Dartmouth College. Together with Michelle Moyd and David Gramling, she coauthored the book Linguistic Disobedience: Restoring Power to Civic Language.

Photo credit: Shutterstock, detail of the Palazzo della Civiltà Italiana, also known as Square Coliseum, which is considered an icon of Fascist architecture