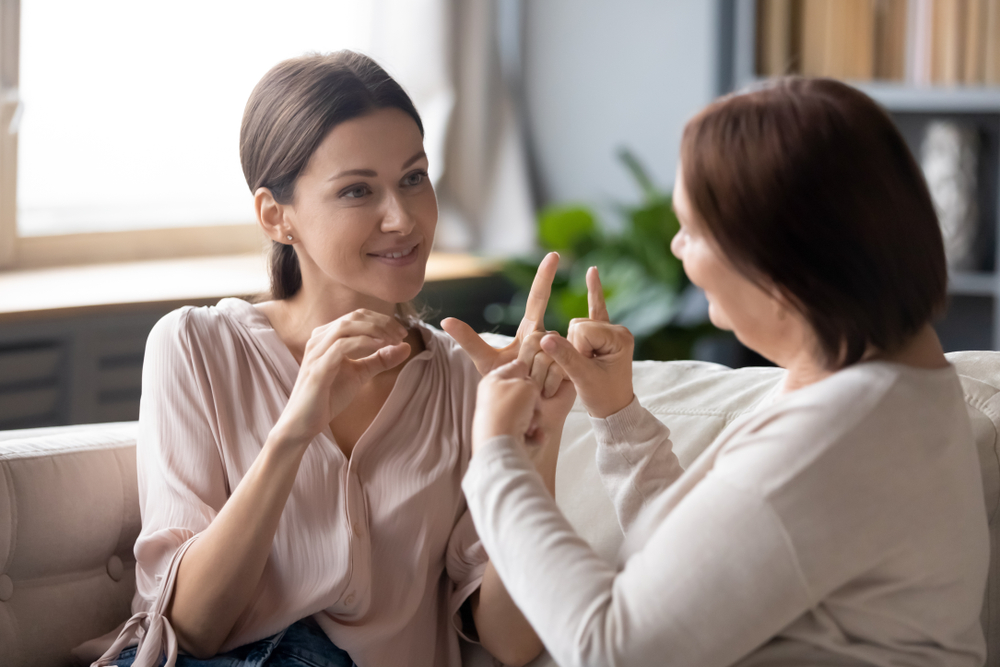 “Falling on deaf ears”, turning a “blind eye”, making a “dumb” choice… Expressions like these are widely used but can have damaging effects on millions of people, even if there is no intent to do harm. Sara Nović, an American writer, translator, creative writing professor and deaf rights’ activist, points out that around 1 billion people worldwide — 15% of the global population — have some type of documented disability and, in the US, this proportion is even larger, about 25. “Ableism” is defined as a form of discrimination based on disability. It is not a new phenomenon, of course, even if the term itself is relatively recent. Global movements such as #meetoo and #blm have prompted renewed attention to discrimination, in all its different forms, as well as to language and the role it can play in perpetuating bias and marginalizing people. Alice Wong, an American activist, media maker, and founder of the “Disability Visibility Project” says that searches for the phrase “ableism” in the US nearly doubled over the last year. Alice’s voice and others are contributing to conversations around ableism and the systems that exist that perpetuate it. Fighting these systems, says Wong, requires a multifaceted approach of not only changing attitudes and rethinking assumptions, but a shifting of culture as well.

Using language that equates disability to something negative can be problematic in several ways. The phrase “fall on deaf ears”, for example, perpetuates stereotypes and simultaneously obscures the reality of the situation it describes, says Jamie Hale, CEO of the UK charity “Pathfinders Neuromuscular Alliance”. Being deaf is an involuntary state, whereas hearing people who let pleas “fall on deaf ears” are making a conscious choice to ignore those requests. Labelling them “deaf” frames them as passive, rather than people actively responsible for their own decisions. According to Rosa Lee Timm, chief marketing officer of the non-profit “Communication Service for the Deaf”, ableist language encourages a culture of separation: it defines, excludes and marginalises people.

Examples of every day ableism

Every day ableism can include using the language of mental illness (crazy, insane, psycho, wacko), cognitive disability (retarded, idiot, moron), or physical disability (crippled, lame, spaz), as a way to insult or dismiss other people. Ableist terms are used in many different contexts, e.g. “The economy has been crippled by dept”, “You’d have to be insane to want to invade Syria”. “They’re just blind to the suffering of other people”. “Only a moron would believe that”. American autistic disabilty activist Lydia X. Z. Brown says that, to varying extents, we have all used ableist language but “if you has the cognitive/language privilege to adjust your language, it’s definitely worthwhile to consider becoming more aware/conscious of how everyday language helps perpetuate ableist ideas and values”.

Ableism in the workplace

Andrew Purlang, a freelance writer with lifelong disabilities, writes in a recent piece for Forbes that it’s not “oversensitive,” or too “new” of a concern for organizations and businesses to take a hard look at reforming ableist language. Curbing such language can make workplaces safer for diversity, more productive for employees, and friendlier to customers and clients. The effort to reduce ableist language should also include rethinking more commonly-used and traditionally-accepted disability words and expressions that while not always offensive, tend to reinforce ableist thinking. Consciusly reshaping our use of such expressions can also force us to think more deeply about what we are talking about, and express our feelings more precisely, maybe more humanely, he adds.

Being aware of the words one uses in every day life is a necessary step in the process of rooting out ableism and ableist language. “Think about what you mean. Don’t just repeat a phrase because you’ve heard it, think about what you’re trying to convey,” says Hale. Avoiding ableist euphemisms just means choosing more straightforward and literal language – rather than “fall on deaf ears”, one might say “ignoring” or “choosing not to engage”. Checking in with disabled people might also be an effective way of building a more inclusive vocabulary. “My advice is always to listen,” says Timm. “Ask questions, avoid assumptions, and start by listening to the people who are impacted the most. Think about whether your own word choice is contributing to their oppression.”

Lydia X. Z. Brown offers a helpful list of alternatives for a wide variety of words and situations in her Ableism/Language glossary, last updated in February 2021. The glossary has had hundreds of thousands of page views since it first launched in 2012, she says, but has been the subject of a number of angry and accusatory comments. One of the most common criticisms, both from inside and outside the disability community, is the accusation that the list is a tool for policing language or censoring words. Brown makes the point that feminist theory, queer theory, and race theory have all analyzed how sexism, heterosexism, cissexism, binarism, and racism are embedded in language, she adds, and this is the same process.

The disability advocacy blog “The Rolling Explorer”, has launched an Ableist Language Series, last updated in April 2021, which offers guidance on how to avoid stigmatizing vocabulary. Audiovisual materials are provided on the blog’s website as well as a glossary of terms, which is available on request. The blog’s founder, Jessica Ping-Wild, who was born with CHILD syndrome and lives with limb deficiencies, says inclusive representation is a new trend. Ensuring that the media we consume reflects the world in which we live accurately has only really been on people’s minds for the last ten or so years. And, while improvements are being made, she adds, there are many places where representation is still severely lacking.

“If Words Are Weapons, I Don’t Want to Be an Unwitting Warrior”, Young Lee, Charcot-Marie-Tooth News, April 20, 2021

“12 Common Words and Phrases You May Not Realise Are Ableist”, Erica Mones, Popsugar, February 17, 2021

“Oh, what a year! Learn about what we were searching for @Google #YearInSearch”, Alice Wong, Google Trends 2020