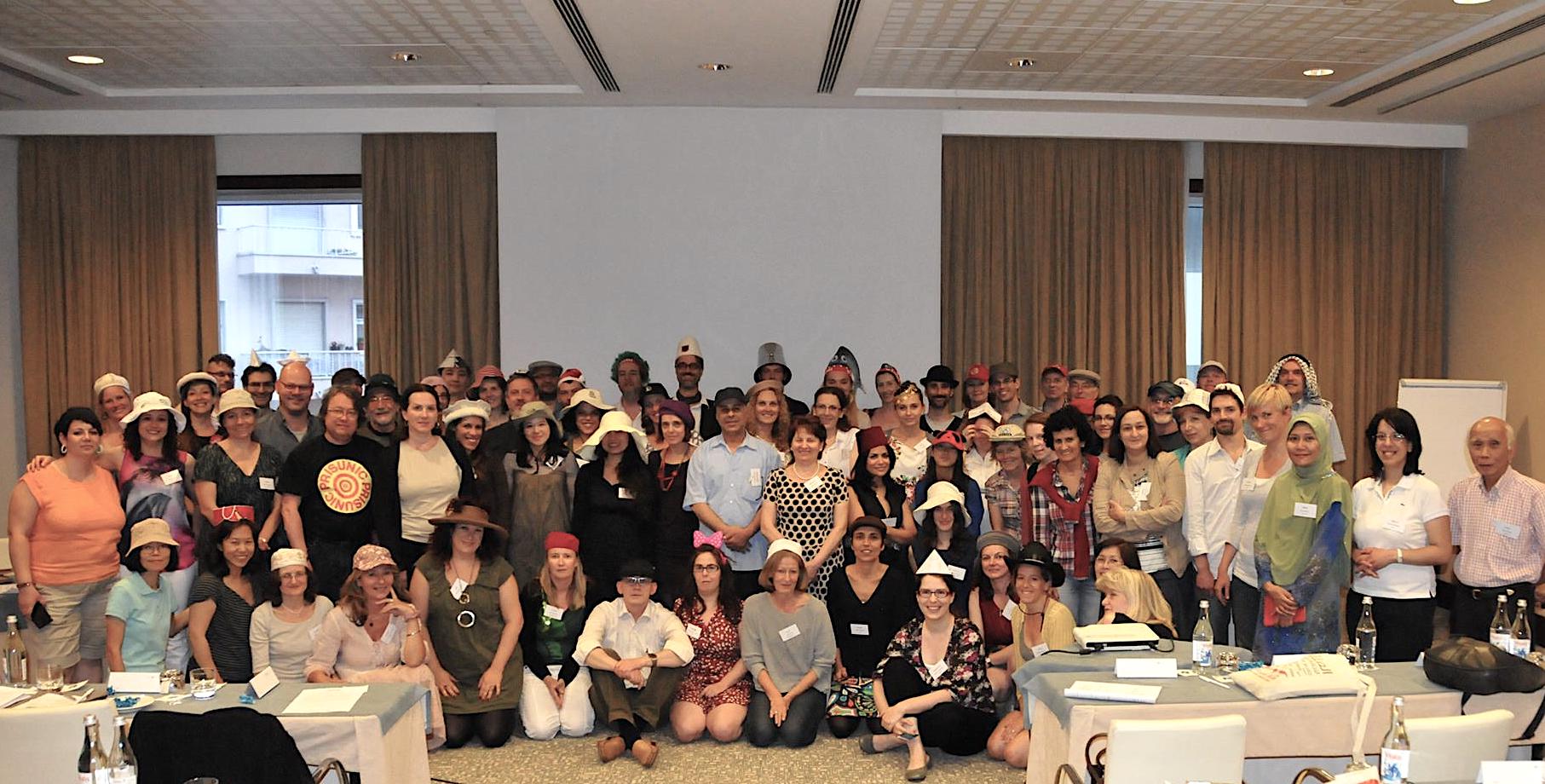 The story of the caps had two sequels. The first was to ask all cApStAn team members to wear a cap at our bi-weekly meetings. It was funny for three or four meetings, as everyone picked a hat, a cap, a beano, a fez, a hood, a bandana or a hard hat from a big box, but after all these meetings were work meetings and we soon gave up the habit.

When, three years later, we had another big cApStAn verifier training workshop, in Lisbon this time, I had all but forgotten this quirk. So, I gave my opening speech to an audience of over 90 linguists some of the finest in the profession, all involved in linguistic quality control of the language versions of international large-scale assessments. Suddenly, I didn’t see where they got their cue, not only the cApStAn team but all linguists present at the seminar simultaneously covered their heads. It was spectacular: one colleague donned an ice bucket as if it were top hat. Our Albanian verifier looked like a princess with the gold medals of her traditional Albanian headgear. There were paper hats, cowboy hats, colourful wigs, berets, a yarmulke and a keffiyeh, fashionable straw hats, football supporter caps—everyone paid a tribute to the nation of caps.

I still wonder how all of this could be organised without anything transpiring. I did not have the slightest hint of the colourful event Roberta had initiated. Roberta has always been serious about humour. She had written to all the linguists, not from a project address, and had managed to prevent that linguists would ask some funny question about head dress code in the numerous mails they exchanged using the project mail addresses, which I would have seen. I was taken by surprise, and it took me quite a few seconds before I could close y gaping mouth and regain my composure. I was offered a qeleshe for my troubles and tried to remain serious for the rest of the session. An unforgettable cApStAn moment.