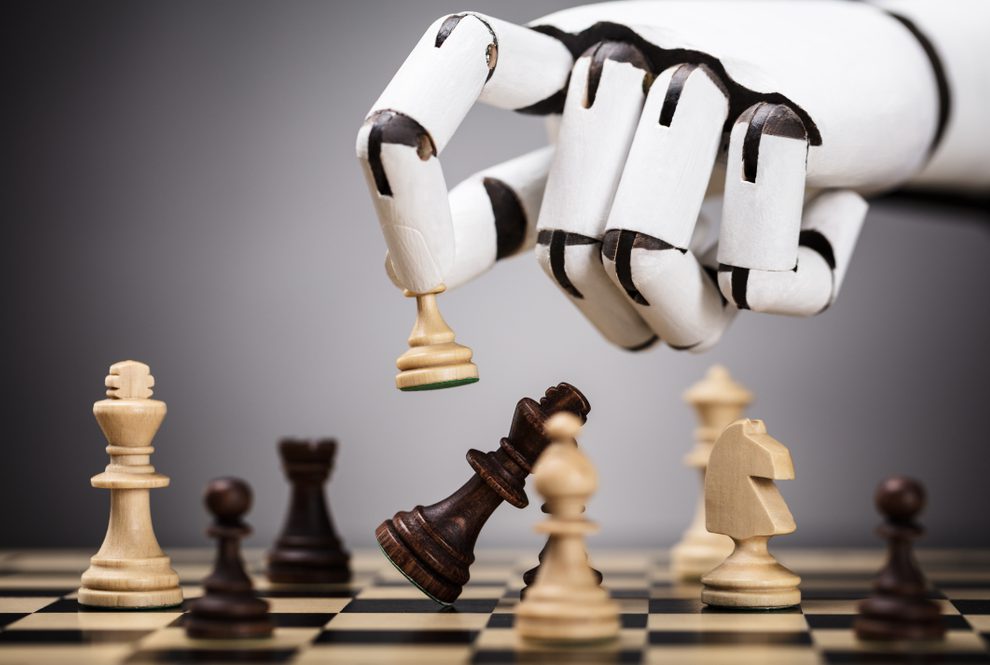 Garry Kasparov on chess, AI and the relationship between technology and privacy

In his fascinating 2017 book, “Deep thinking”, Garry Kasparov recounts his career as world chess grandmaster and his 18-year experience in playing chess against computers, culminating in the 1997 match against IBM’s “Deep Blue”. The book offers unique insights into “where machine intelligence ends and human creativity begins” and the intricacies of what is possibly the most cerebral game in the world. We picked out from the book some of Kasparov’s thought-provoking views on the relationship between technology and privacy, a timely topic to reflect on as the EU General Data Protection Regulation comes into force on May 25.

Kasparov, considered by many as the greatest chess player of all time, became the youngest ever undisputed World Chess Champion in 1985 at age 22. From 1986 until his retirement from professional chess in 2005, Kasparov was ranked world No. 1 for 225 out of 228 months. He developed quite early a keen interest in the field of artificial intelligence: in his first man-machine match, in 1985, he played against 32 different chess computers, in Hamburg, winning all games. Over the years he played matches all over the world, against increasingly sophisticated machines, until May 1997, when he lost the much publicised six-game match against “Deep Blue”, in New York. This was the first time a computer had ever defeated a world champion in match play and it was thought by many to mark the “dawn of a new era in artificial intelligence”. Since his retirement from professional chess Kasparov has been active mostly as a writer, speaker and political activist.

In his book Kasparov marvels at, and openly embraces, progresses in artificial intelligence, and considers his own participation in games against chess computers as a wonderful “science experiment”, conducted “in partnership” with the developers of the software. He says that, of course, he sympathises with those whose lives have been impacted by disruptive technology-“few people in the world know better than I what it’s like to have your life’s work threatened by a machine”-but fighting it is “like lobbying against electricity or rockets”. He sees artificial intelligence as a way to eventually take over “the menial aspects of cognition”, thus “elevating our mental lives towards creativity, curiosity, beauty and joy”. However, coming as he says he is, from the country “on which George Orwell based his novel 1984”, Kasparov is very sensitive to any encroachment on individual freedom and cautions against potentially negative uses of technology, which in itself, he says, is “morally agnostic, neither good nor evil”.

Kasparov praises the work of “privacy advocates” especially regarding “the power of the government”, but fears that they may be fighting a losing battle because “the people they are trying to protect won’t defend themselves”. People are voluntarily and happily sharing personal information on social media and welcome books and music recommended for them by the Netflix and Amazon algorithms. Likewise, they do not give up using GPS maps and directions even though they know that this means “dozens of private companies know where we are practically every minute of the day—information that can also be accessed by governments and courts”. Privacy notices have become like all the “disregarded warnings” about the dangers of fats and other substances that are potentially harmful for health. “We want to be healthy, but we like doughnuts more”…

Kasparov says technology will continue to make the benefits of sharing our data “practically irresistible”. For example, Amazon and Google’s digital assistants, which listen to every word and sound in the home, are now being bought by the millions, despite the obvious privacy issues. “History tells us that eventually the desire for services wins out over a vague desire for privacy”. So that ultimately “the greatest security problem we have will always be human nature”.

Can this process be stopped? No, this trend will accelerate “as the tools become vastly more powerful” and it “will happen both voluntarily, in exchange for services, and due to the increasing demand for security”. Kasparov concludes by saying that what matters more than ever is “watching the watchers”. “The amount of data we produce will continue to expand, and largely to our benefit, but we must monitor where it goes and how it is used. Privacy is dying, so transparency must increase”. We at cApStAn conclude by saying that the GDPR is a very welcome and much needed step towards “watching the watchers”.