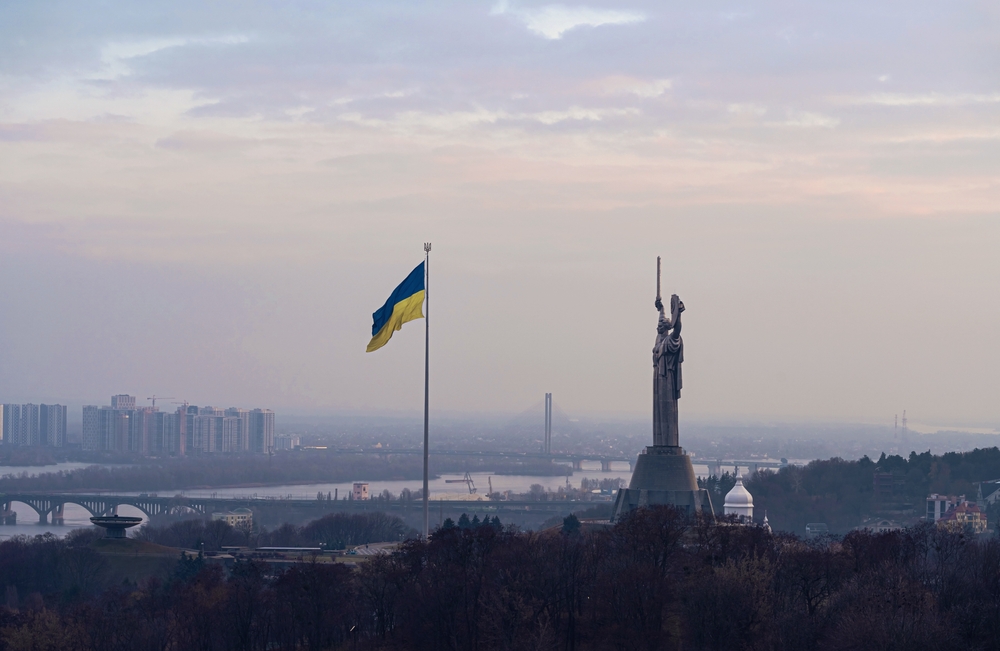 Russian and Ukrainian are part of the Slavonic (or Slavic) language family. This group of related languages in central and eastern Europe also includes Polish, Czech and Bulgarian. A thousand years ago, the language spoken across Russian and Ukrainian territories would have been similar, like different dialects of the same language. Over the centuries, under different historical influences, divergences appeared and large shifts emerged both in the languages’ vocabularies, as well as in the sounds and grammar. Russian and Ukrainian share the Cyrillic alphabet but there are letters in its alphabet that are not found in Russian (ґ, є, і, ї), and vice-versa (ё, ъ, ы, э), and there is one more case for nouns in Ukrainian. Verbal aspects are also somewhat different. “False friends”, words that look the same but mean different things, make Russian and Ukrainian look more similar than they in fact are. When the Polish-Lithuanian commonwealth included large Ukrainian territories, the Ukrainian language adopted features of the Polish language, so that, in some respects, Ukrainian can be said to be closer to Polish than to Russian. The Russian language, for its part, was shaped by contact with and immigration from areas to the east and the importation of foreign technical and cultural terms from western European countries like France, Germany and the Netherlands.

Ukrainian is a language in its own right

Russian and Ukrainian share a lot of vocabulary but not enough to be considered dialects of a single language. Ukrainian and Russian share about 62% of their vocabulary. According to a recent article in The Conversation this is about the same amount of shared vocabulary that English has with Dutch, according to the same calculations. Using that figure a Russian with no knowledge of Ukrainian (or vice versa) would understand roughly five in eight words. To put this in context, have a friend cross out three out of every eight words in a newspaper and see how much of the text you can follow, the authors add.

Ukrainian became the official language of Ukraine in 1989, two years before the independence of the Ukrainian Republic, and was confirmed as the country’s only official language in 1996 in the country’s constitution. Ukrainian is the first language of about 68% of the country’s 44 million residents. About 30% of Ukrainians speak Russian as their first language, while just under 3% speak Crimean Tatar, Moldovan, Hungarian, Romanian or any of the other three dozen languages. Ukrainian is also common in some communities outside Ukraine, notably in Kazakhstan, Moldova, Poland, Lithuania and Slovakia.

“What language do they speak in Ukraine? The history of Ukrainian and how it’s different to Russian and Polish”, Lucy Aplin, iNews, March 16, 2022

Bermel, Neil, Professor of Russian and Slavonic Studies, University of Sheffield, “Ukrainian and Russian: how similar are the two languages?”. Encyclopedia Britannica, March 9, 2022

“Ukrainian and Russian: how similar are the two languages?”, The Conversation, March 7, 2022

“A Word, Please: A few facts about the language of Ukraine, and some words we can use” June Casagrande, Daily Pilot, LA Times, March 7, 2022