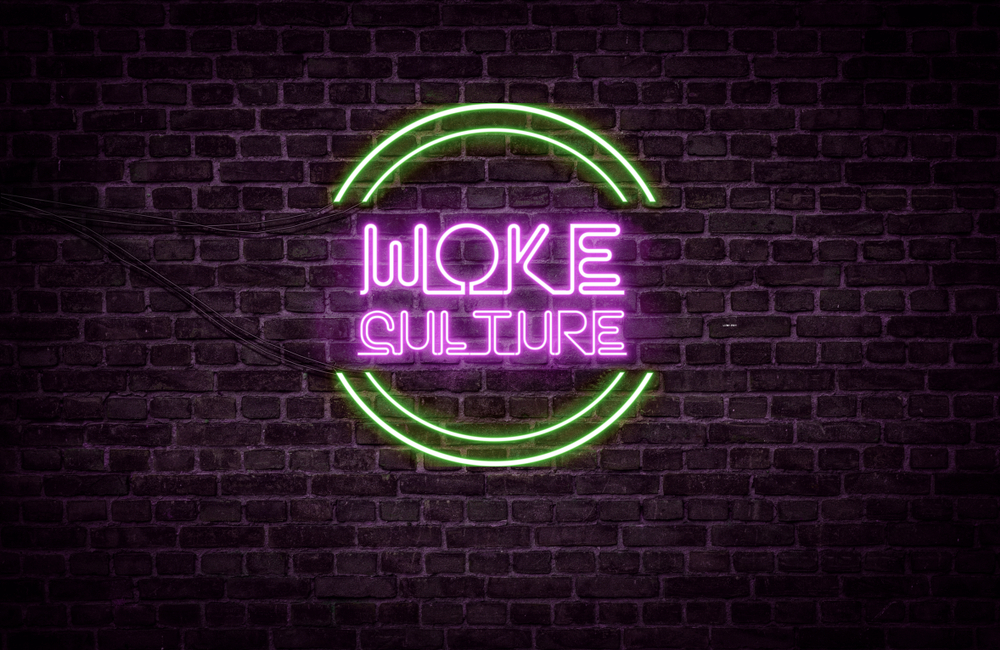 The debate around “woke” culture is heated: while many say it has helped to raise awareness of social justice issues others claim it has gone way too far

What does “woke” actually mean in today’s culture? As the use of the word spreads, what people actually mean by woke seems less clear than ever. A review of Google keywords shows that the search for defining “wokeness” has surged in past years, with phrases such as “defining woke”, “woke meme”, “woke urban” and “woke define” being used. Originally referred to as awareness about racial prejudice and discrimination, woke has subsequently come to encompass an awareness of other issues of social inequality, such as gender and sexual orientation. The Oxford English Dictionary (OED) traces the earliest usage of woke in this form to a 1962 New York Times Magazine article titled “If You’re Woke You Dig It” by African-American novelist William Melvin Kelley. Woke was among the candidates for the OED’s Word of the Year in 2016, and in 2017 the previous OED definition of woke was expanded to include it as an adjective meaning “alert to injustice in society, especially racism”. A vast number of new, woke-related, words and phrases have also gone mainstream. Examples found while researching for this article reveal just how divided public opinion is around the woke concept: wokism, woke culture, awokening, wokeness, woke people, woke story, wokeable, wokery, wokenut, wokeidiot, wokeaholic, wokeabulary, wokeworld (also a brand), woketopia, woketopians, wokey, wokey pockey, stay woke, woke police, woke bae, woke-o-meter, woke slang, woke capital, woke capitalism, wokewashing, wokerati, woker.

Why is there so much controversy around “woke culture”?

Woke culture has journeyed from black culture to the internet and mainstream news thanks to social movements such as #Blacklivesmatter and #MeToo, and is also closely connected with the global debate on the themes of diversity, equity and inclusion. The term “stay woke” and the hastag #Staywoke have gained strength and become a symbol of activism. Much like in “cancel culture”, the debate around “woke culture” is heated and there are deep divisions between people who say that it has helped to raise awareness of social justice issues and those who say it has gone way too far. “I see it as a badge of enlightenment that one recognises things that are systemically wrong in society and calls them out in order to fix them”, writes Grant Feller, from WeAreStoryMakers. Priya Lobo, CEO at Ormax Compass advises caution: “Be woke, but mindful. Today ‘wokism’ can become divisive!” According to its critics the fight against discrimination can take extreme forms, which may themselves constitute discrimination.

The rise of “woke capitalism” and “wokewashing”

Traced back to an opinion piece in the New York Times by Op-Ed columnist Ross Douthat in 2018 entitled “The Rise of Woke Capital”, the neologism “woke capitalism” refers to corporations’ attempts to show their support for progressive causes. The question is whether they are genuinely working for social justice and wellbeing or simply exploiting good intentions for profit. Many consumers don’t believe that what is preached is actually practised and this is where the concept of “wokewashing” comes in. The term has not yet been included in the OED – at least to our knowledge – but a suggested entry for the Collins Dictionary (pending approval) defines it as “when a company adopts (or pretends to adopt) progressive values in order to promote their brand or product”. Wokewashing references previous expressions such as “whitewashing” (glossing over or covering up something that is immoral, illegal, or otherwise bad), and “greenwashing” (behaviour or activities that make people believe that a company is doing more to protect the environment than it really is). (1) A recent edition of Quarz Obsession, titled “A woke up call” gives an overview of recent company initiatives in the social field being called out for dishonest wokewashing. (2)

Prof. Kim Sheehan, Director of the Master’s Program in Brand Responsibility at the University of Oregon is working on a study investigating brands and their relationships with social issues. In a recent article for The Conversation she argues that “some companies may use causes to pander to consumers and deserve to be called out, but she believes that brands’ connecting with social issues can be a win-win: consumers become aware of important social issues that may lack media exposure, and brands connect with like-minded consumers in a more authentic way. In any case, who says corporations can’t both make money and try to make things better, fairer, even nicer? says Grant Feller. Why can’t your “woke story” be authentic even if you are profiting from it? Indeed.

How woke has evolved to take on a political connotation

According a recent article in The Economist, as the term woke began to spread online, it began to signify a progressive outlook on a host of issues as well as on race, and it is now “being pilloried both on the left and on the right”. Internet cultural reporter Aja Romano nicely summarizes this in an piece for Vox: “On the left, to be ‘woke’ means to identify as a staunch social justice advocate who’s abreast of contemporary political concerns — or to be perceived that way, whether or not you ever claimed to be “woke” yourself. On the right, ‘woke’ — like its cousin ‘canceled’ — bespeaks ‘political correctness’ gone awry, and the term itself is usually used sarcastically”. As Scottish Prime Minister Nicola Sturgeon has said in a recent interview, the word has become “a pejorative term of abuse to target those who speak up for the rights of minorities or campaign for equality”. She advises to “shy away” from the label.

The weaponisation of the term wokeness

In the US, according to a recent article in the CNN News “wokeness” could be biggest threat to Democrats in 2022. Although the election is more than a year away, Republicans, led by former President Trump, are already making clear that they intend to make it a referendum not as much on President Biden and his policies, but rather on political correctness, “wokeness” and “cancel culture.” In the UK Otto English, author of a recent article in the Byline Times, says the “Common Sense Group” (CSG), to which around 70 MPs have adhered, “seeks to bring the vitriol of Brexit to the War Against Woke”. The group’s webpage proudly announces that they have already made headlines with their successful taking on attempts by “woke” executives at charities like the National Trust to “denigrate British history”, including Winston Churchill. Gareth Baker MP, one of the CSG members, is quoted in the article as saying that “the destructive, totalitarian, divisive, negative and anti-democratic ‘woke’ ideology can be defeated. It just needs us to have the courage to stand up and fight it.” Interesting woke times lie ahead …

“Woke” and “wokeness” in every day language and life

Award-winning writer, editor and creative consultant Kenya Hunt has written a very entertaining article for The Guardian describing how the word woke is used in every day life: “As I write this, I’m staring at a fashion magazine with the coverline “Woke bespoke”. Next to it, a newspaper supplement features a dating diary of the search for “Mr Woke”. On my desktop is a guide to a “woke Christmas”, and in the adjacent tab is an internet rant in response to said guide demanding people and publishers leave all writing about wokeness to black writers. In another tab, an article bemoaning the “great awokening” of American politics. Meanwhile, on British television, a debate rages between royal correspondents and pundits about whether the royal family’s most polarising members, Meghan and Harry, have in fact become too woke for their own good.”

The future of the term woke

What has happened to “woke” is “a demonstration of negative associations gunking up well-intentioned labels”, says Jonathan McWhorter, Opinion Writer for The NY Times. This is as common and even inevitable as germs, he adds. In his opinion, a mature societal take on language will understand that words are not simply what they mean in something called the dictionary and that words referring to issues societal or controversial – i.e., the interesting ones – will often need replacement about once a generation. He is sure that sooner rather than later – he says he bets on roughly 2028 – there will be a replacement term for “woke.” The issue is less whether than when, and “woke” will hardly be alone.

What is “woke”, finally?

Kenya Hunt gives a definition that we believe really captures the essence of what woke is: “To be woke is to understand the unique kind of exhaustion that comes from being perpetually attuned to discrimination. It is to be weary and wary. To be woke is to long for a day when one doesn’t have to stay woke”. Yes.

We help survey and test owners/developers (item writers, questionnaire authors) develop content that is inclusive and relevant to all segments of the target audience, and which does not, due to terminology, construct, or assumptions, exclude or disadvantage participants for race, religion, accessibility, gender or sexual orientation and other sources of potential bias, implicit or explicit.

CONTACT US HERE IF YOU WANT TO LEARN MORE

“How has the meaning of the word “woke” evolved?”, The Economist, July 30, 2021 https://www.economist.com/the-economist-explains/2021/07/30/how-has-the-meaning-of-the-word-woke-evolved?itm_source=parsely-api

“What Does The Term ‘Woke’ Really Mean”?, Grazia, July 21, 2021 https://graziadaily.co.uk/life/real-life/woke-added-dictionary-really-mean/

“Are companies that support Pride and other social causes ‘wokewashing?’”, Kim Sheehan, The Conversation, June 4, 2021 https://theconversation.com/are-companies-that-support-pride-and-other-social-causes-wokewashing-162150

“There’s More To Woke Than You Think”, Bustle, April 7, 2021 https://www.bustle.com/life/what-does-woke-mean-theres-more-to-the-slang-term-than-you-think

“Where ‘woke’ came from and why marketers should think twice before jumping on the social activism bandwagon”, Abas Mirzaei, The Conversation, September 8, 2019 https://theconversation.com/where-woke-came-from-and-why-marketers-should-think-twice-before-jumping-on-the-social-activism-bandwagon-122713

1) “Greenwashing” was coined by environmentalist Jay Westerveld in a 1986 essay inspired by his encounter with an island resort that asked guests to reuse their towels for the sake of the environment even as it went about new construction; “rainbow-washing” refers to corporations’ attempts to perform allyship with the LGBTQ+ community; pink-washing can refer to the outpouring of pink products and logos associated with raising breast cancer awareness, often without any clear benefit to people dealing with the disease. It can also refer to brands’ or governments’ attempts to use support for gay rights to cover up other harmful deeds (Source: Quartz Obsession, July 2021)

– 2015: Starbucks’s “Race Together” campaign asked baristas to write the phrase “race together” on coffee cups as an invitation to discuss race relations with customers, a move that invited widespread mockery.

– 2017 Pepsi’s commercial featuring top model Kendall Jenner leaving a photoshoot to join a mass protest caused public outcry and had to be pulled as it was accused of trivializing the Black Lives movement.

– 2017: Audi’s Super Bowl commercial advocating for equal pay received pushback from critics who pointed to the dearth of women on its Board and executive team.

– 2018: McDonald’s turned its golden arches logo upside down to form a “W” in honor of International Women’s Day, prompting critics to suggest the company focus on fixing its sexual harassment issues and paying workers a living wage instead.

– 2020: More than 950 brands jumped on board Blackout Tuesday with social media posts that claimed solidarity with the Black Lives Matter movement. The move was quickly revealed to be both counterproductive (the posts crowded out BLM organizers’ messages) and at odds with many companies’ treatment of Black employees.