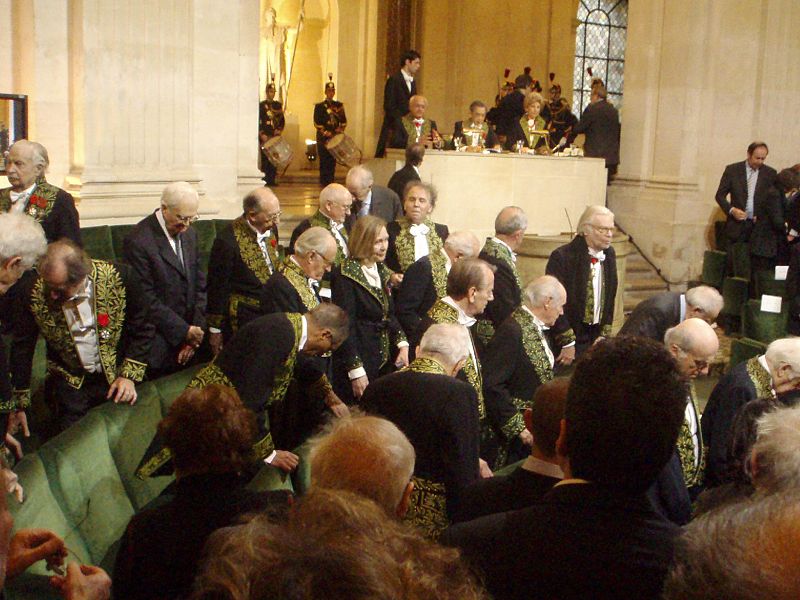 The members of the Académie française are referred to as “the Immortals”. Many French-speaking linguists who respect the talent and authority of the Académie and use Le Dictionnaire de l’Académie française will occasionally refer to the Immortals as “dinosaurs”, says our CEO Steve Dept, himself a linguist. He says he prefers the spontaneous creativity of French Canadians, who create wonderful, lively, playful words such as “puce” (flea) for computer “chip”, “remue-méninges” for brainstorming, or “clavarder” for chatting (in ICT). Some of their words stick around and spread to the rest of the French-speaking world, some don’t. But trying to impose an artificial “mercatique” to replace “marketing” is as stiff as the starched green coats the Immortals wear. During the Covid-19 crisis, after long discussions, the Académie made a pompous formal statement that Covid-19 should be in the feminine form and that they deplored the widespread use of the masculine form in the media. Really? says Steve. He thinks it is more important to instill new life into the French language than to safeguard its antiquated purity (he is OK with “infox”, though – the official French word for fake news).

The debate around the protection of the French language against the influence of “globish” is long standing. Under a law adopted in 1994 (the Loi Toubon) suggestions for French equivalents to “unwanted” English words are put forward by the Commission pour l’Enrichissement de la Langue Française and, once validated by the Academie française, are published in the Official Journal of the French Republic. They then become compulsory for public institutions – but not for the general population, where they are to be used as “a reference”. But for how long can the Académie still hold “progress” out? The Immortals are a predominantly conservative group, where the average age is 70, and some observers note that it is currently in a deadlock “between the proud, timeless France determined to preserve itself at all costs, and the France struggling to adapt to a 21st century defined by globalization.”

France is not the only country that protects its language against foreign influence. In Italy the Accademia della Crusca plays a similar role but, unlike France, its recommendations have no legal force, not even for the public administration. In a post for our blog in May 2018 we wrote about the Accademia’s warning that the excessive use of foreign loanwords may represent a threat to democracy. It expressed, in particular, grave concerns about the Italian Education Ministry’s “Syllabus to encourage entrepreneurial skills in secondary school students,” which features an alarmingly large number of English terms (we personally counted no less than 50 in the 11-page document). English words have also made their way into Italian legislation. According to the Accademia, this makes it difficult for Italians who do not know English to understand the meaning of important legal provisions that affect their every day life. In a country where over half of the population does not know English, and of those who know it only about one third “at a good level”, the Accademia may have a point.

Languages evolve naturally and “cross-pollination” is of course part of this process. Some new words remain mainstream, many adapt, others die off. It is impossible to block the evolution of language without this being imposed and even in France and Italy and other countries which practice “language purity” policies this has not prevented ordinary people from using foreign words. However, we would tend to agree with the French that public administrations should use the official language(s) of the country in their official communications, in order to ensure that all citizens can fully understand their meaning.

Previous articles on this topic from our blog

“How long can language protection policies still hold out against the influx of English?” https://www.capstan.be/how-long-can-language-protection-policies-still-hold-out-against-the-influx-of-english/

“Could the excessive use of foreign “loanwords” represent a threat to democracy?” https://www.capstan.be/does-the-excessive-use-of-foreign-loanwords-represent-a-threat-to-democracy/

Read more about cApStAn and what we do at capstan.be