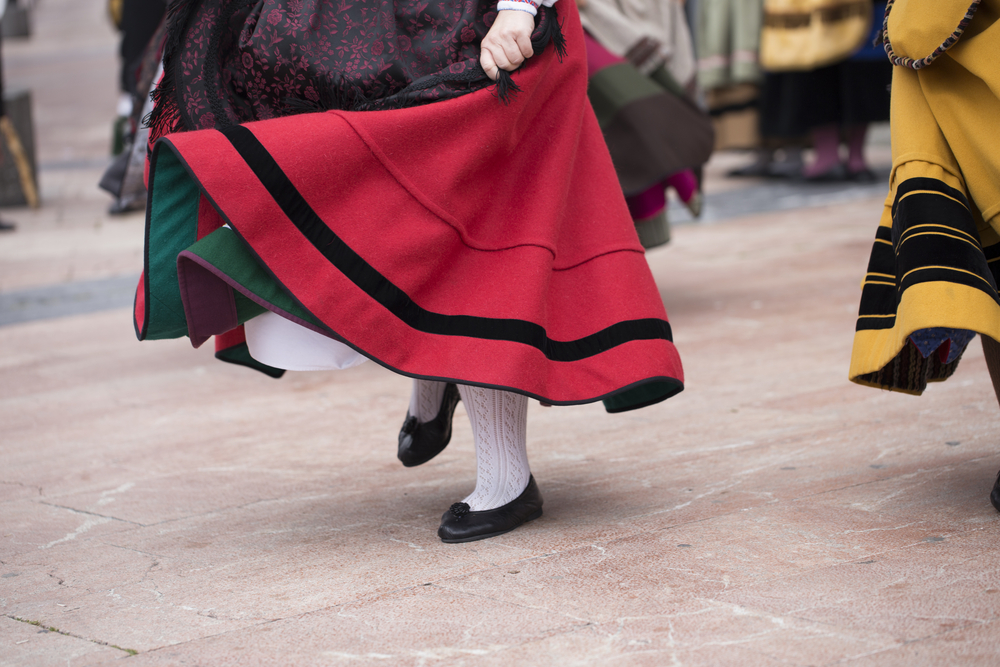 Is Asturian a “language” or a Spanish “dialect”? What is it that differentiates a language from a dialect anyway?

Is Asturian a language or a dialect?

There is no universally accepted criterion for distinguishing a language from a dialect and the debate around this issue is long standing. The distinction depends on one’s point of view. From a political standpoint a “language” may simply be “that which is standardly spoken by a nation”. But what about languages spoken in more than one nation? Should each locale be regarded as a distinct language? What if the criterion were “mutual intelligibility”? This also raises issues: e.g. a Dane will understand Swedish better than the other way around. It can depend on one’s exposure to a language and a number of other subjective variables. The “Normalised Levenshtein Distance” (NLD) serves to measure if dialects drift far enough apart to qualify as separate languages. It is related to the number of single-character edits (insertions, deletions or substitutions) required to change one word into the other, and compares speech varieties in a systematic way, with a certain value defining the cut-off point. In the case of Asturian The Guardian notes that while Asturian has grammatical differences, many common verbs are either the same or vary only slightly: hacer (to do or make) is facer in Asturian; hablar (to talk) is falar. Many nouns differ only by a letter: harina (flour) is farina in Asturian; gato (cat) is gatu. One might argue that Spanish and Asturian are not only “mutually intelligible” but also not very distant on the NLD scale. Nonetheless, if Asturians “perceive” Asturian as being a language and not a dialect, should this not be taken into account?

The case of Friulan, a dialect upgraded to a language

Last year one of our senior linguists and project managers, Roberta Lizzi, wrote an article for our blog titled “What makes a language a language?” where she made the case for “perception” to be considered as a criterion for distinguishing a language from a dialect. She referenced her own experience of being an Italian of Friulan origin (Friuli is an autonomous region in the North East part of the country). She noted that although probably considered by the vast majority of Italians who have never visited the region as a dialect, Friulan has been awarded the status of “language”. Roberta says that the “field experience” shows that Friulan is very widely spoken, at all ages, and that oral communication naturally happens in this language. This is not limited to informal environments (shops, people in the street…) but also to a higher, more formal, level of communication. She gave the example of an appointment she had at a local notary’s office to sign a sales contract. The contract was in Italian but when the notary read it aloud to both parties, he stopped now and again to clarify certain sections in Friulan. The degree of endorsement for Friulan is also clearly shown in the road signs, where the names of villages and towns as well as public offices, hospitals etc, are bilingual. She concluded by saying that the “perception” of both the speakers and non-speakers of a language “may be difficult to measure or prove and it cannot be considered as the only characterising factor, but it is certainly a dimension that needs to be taken into account.” The issue is of course more complex than this and dialects in Italy are not a political issue in the way that minority languages are in Spain.

Is Asturian an endangered language?

“Asturian language campaigners want to keep the language alive by ensuring it is taught in schools”, reads the article in The Guardian. The language is currently learned as an elective subject in primary education and is optional in secondary education where it competes with foreign languages. José Antón González, the president of the Asturian language academy, quoted in the article in The Guardian, has produced the standardised form of Asturian that will be implemented should the regional parliament vote to make it co-official. He says that he is realistic and realizes Asturian is a small language that belongs to a small community, and that in any case Spanish would continue to be the main form of communication with the rest of the world. “But without the sort of protection offered under the constitution it (Asturian) cannot survive.” The provisions of the “European Charter for Regional and Minority Languages” regarding Asturian could well contribute to the cause of its official recognition or at least to raising its public profile .

The “protection” of Asturian at EU level

The European Charter for Regional or Minority Languages, signed in 1992, is the European convention for the protection and promotion of languages used by traditional minorities. The Charter recognizes that “regional or minority languages are part of Europe’s cultural heritage and their protection and promotion contribute to the building of a Europe based on democracy and cultural diversity”. The Charter was ratified by 25 States  and covers 79 languages used by 201 national minorities or linguistic groups (see full list at this link). Spain is one of the signataries of the Convention and Asturian is covered by the scope of the Charter (see image below). In the most recent (to our knowledge) report on the implementation of the Convention (pages 73-74) recommendations were made to Spain for immediate action to: include the name of “Asturian” in the Statute of Autonomy of the Asturias (it is currently Bable); enhance the offer of Asturian at all levels of education; use Asturian in regional and local administration; increase the use of Asturian in the media. Incidentally, “dialects” are explicitly excluded from the European Charter (Art 1.a) but there is no clear definition of what dialects are and how they differ from regional or minority languages.

“Why Languages and Dialects Really Are Different Animals”, Søren Wichmann, The Wire, January 12, 2019