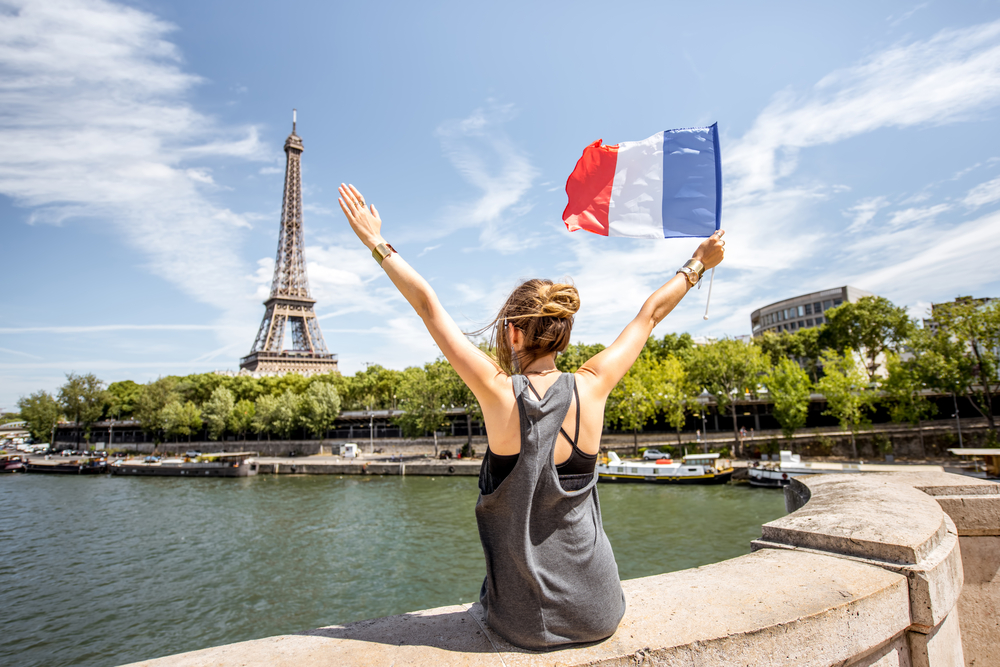 In the French language, all pronouns, nouns and adjectives carry the gender of the object or person they refer to. In English, the discussion around “gender neutral” language focuses on pronouns (“they”), in Romance languages such as French it is more complicated. The French “iel” is a contraction of “il” (he) and “elle” (she) but, if “iel” is used, speakers still have to pick, later on, one of the binary gender options for adjectives’ or nouns’ endings. Also, the masculine form in French is considered dominant in the plural: thus a mixed-gender group of people, for example, will always be masculine as long as there is one man in the room. Attempts to introduce more inclusive language in France have so far met with strong opposition. In 2017 the Académie française, France’s (overwhelmingly male) language watchdog, unanimously adopted an official statement to the effect that inclusive writing “is an aberration that poses a mortal threat to the French language and which the nation will need to account for to future generations”. More recently, on February 17, 2021, a group of sixty members of the French Parliament, from the ruling LREM party and the opposition Les Républicains, tabled a draft bill calling for a ban on the use of gender-neutral language among government officials and civil servants, and inclusive writing has just been banned by the government in schools. However, some progress has been made in terms of the feminization of job titles.

On May 5 a government circular banning the use of inclusive writing in schools was published in the French Official Journal. Defending this measure the French Education Minister, Jean-Michel Blanquer, says that inclusive writing is complex and breaks up words, making the language harder to learn, to read (especially if out loud) and to write. This is particularly penalising for pupils with learning difficulties, the circular further reads. The government’s ban is addressed in particular at the use of median points or “middots” — a floating full stop positioned mid-word — as in Français·es, which allows for a more inclusive form of plural, to accomodate both masculine and feminine forms.

Regarding the controversy around the use of “middots” Eliane Viennot, a historian and literature professor at the Jean-Monnet University in Saint-Étienne, points out that similar contractions have long been commonplace in French paperwork, most notably identity cards, which use the form “Né(e)” — for born — to introduce one’s date of birth. “Critics obsess over an abbreviation — the median point — which feminists didn’t even invent,” she says. “The feminist contribution is to have looked for a more appropriate sign, since the use of parentheses conveys a lesser degree of importance.”

Progress in the femininization of jobs titles

The French Education Ministry circular that banished the “·e” formula from schools does, however, accept other changes in language that highlight women. It states that “the title of the functions held by a woman must systematically be feminized. This should be done in accordance with the rules set out in the guide to help feminize the names of professions, titles, ranks and functions developed by the National Center for Scientific Research and the National Institute of the French language, entitled “Femme, j’écris ton nom” (“Woman, I write your name”). This is a 119 page document, which says a lot about the level of detail with which the issue is addressed. The circular also encourages the simultaneous use of both masculine and feminine forms to emphasise that roles are filled by both sexes. So a job posting in a school, for example, should say that it will go to “le candidat ou la candidate” — man or woman — who is best qualified to fill it.

This is a big step forward if you consider that in the 1980s there was fierce opposition to attempts to feminise certain professions, and that as late as 2014 a Member of Parliament caused an incident by refusing to address a female colleague in the feminine form. The Académie française itself only dropped its insistence on calling female presidents “Madame le président” (instead of Madame la présidente) in 2019. Although French people had feminized professions informally for years, this signified the end of the long official block.

A new horizon for inclusive writing?

The increasing use of words like “iel” (contraction of “he” and “she”) and “toustes” (a contraction of the masculine and feminine terms for “all”) may signal a new horizon in inclusive writing, one that goes even beyond the original intent to feminize the French language, says Gwenaëlle Perrier, a researcher at the University of Paris 13 who specialises in politics, language and gender. “Such words serve both a political purpose, opening to transgender and non-binary representations, and a practical one, for instance using neutral terms when a person’s identity is not known.”

Just how far gender-neutral writing should go to address these concerns, and which innovations should be adopted, are the subject of intense debate. The debate touches on a range of practical aspects, including whether feminine and masculine forms should have a particular order – or be ordered at random.

“Why is the French government so against gender-inclusive language?”, Arianne Cohen, Fast Company, May 13, 2021

See also our other articles on the themes of gendered languages, French language, language protection policies

Romance languages are rooted in a binary vision of the world: this poses challenges for educators seeking to create a more inclusive environment in the classroom