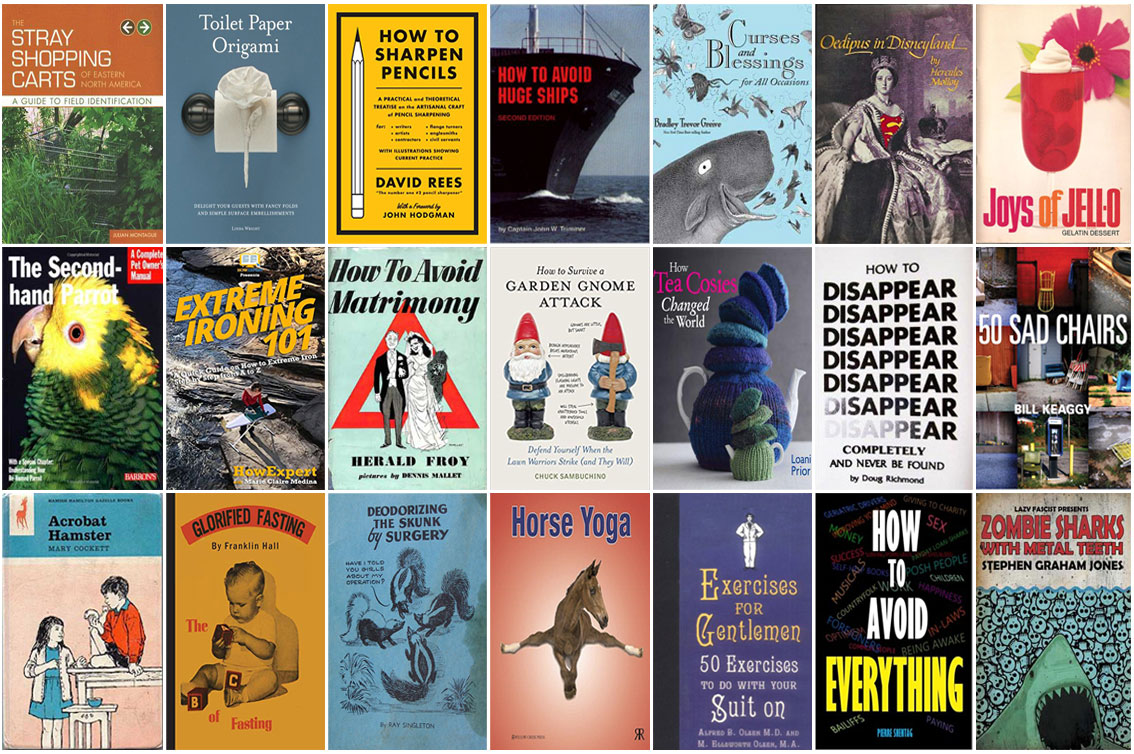 A compendium of some of the most eccentric books ever written

Edward Brooke-Hitching’s The Madman’s Library: The Greatest Curiosities of Literature is hot off the Simon & Schuster Ltd press (published October 2020). In it the English author has put together an impressive collection of some of the strangest books ever written and produced. The author’s passion for books dates back to his childhood: he grew up in a rare book shop, with a rare book dealer for a father. As the book’s review for The Guardian reads “the Madman’s Library is an utterly joyous journey into the deepest eccentricities of the human mind – was that they “make you realise that, above everything, people have always been funny, been weird, been unquenchably curious in every possible arena”. Yes indeed, judging by what he has come up with! We have picked out some examples from Brooke-Hitchings’s work and added a few more from other sources, including Barne & Nobles, The Weird Bookroom, Book Riot, Mental Floss, Twitter and our blog, to put together our own personal selection of twenty unique books.

One- or two-sentence novels

Novel(s) within a novel

Book within a book

The mezzanine (1988), by Nicholas Barker: the entire novel takes place in the mind of an office worker in the time as he rides an escalator up one floor afer his lunch break. The Mezzanine was the writer’s first novel and was highly praised for its originality and linguistic virtuosity. The story is told through numerous footnotes and, near the end of the book, there is a multi-page footnote about the footnotes themselves.

Emoji Dick (2013), by US writer and computer scientist Ben Benenson, is a crowd-funded translation of Herman Melville’s Moby Dick into emoji, and the first emoji book acquired by the Library of Congress. It was translated with the help of Amazon Mechanical Turk worker and the results were voted upon by another set of workers.

Pinocchio in EmojiItaliano (2018), by Italian academic Francesca Chiusaroli and her team, was compiled from “translations” from Italian to emoji of the best-selling novel Pinocchio voted among suggestions coming from the Twitter community. It comes with a preface explaining the rationale of the project, a detailed glossary, and contains a few pages of simple and intuitive grammar rules. See also our article about Emoji Pinocchio at at this link